"We're having difficulty enough getting them from Ukraine to our country, there's no possibility of sending them to Rwanda," he said. 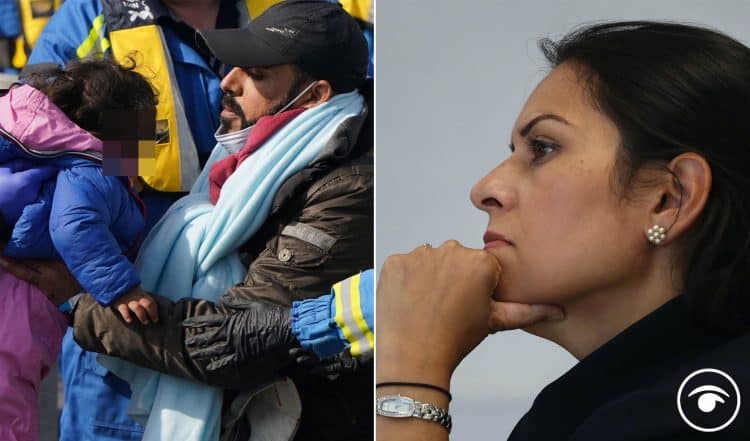 The Government is set to announce multimillion-pound plans for asylum seekers who cross the Channel in small boats to be flown for processing to Rwanda – despite assurances to the contrary from a Home Office minister just days ago.

Home secretary Priti Patel is expected to sign a deal with the East African nation during a visit on Thursday, with people seeking sanctuary in the UK to be sent more than 4,000 miles.

Some of those who make the perilous crossing of the Channel, as well as by other means deemed “illegal” by the Government, would be sent to Rwanda while their claims are assessed “offshore”.

The plan has come under heavy criticism. Adil Ray slammed the plan on Good Morning Britain.

Steve Valdez-Symonds from Amnesty International UK, said: “It’s truly shocking.. it didn’t work in Australia.. so it’s beyond belief that this government thinks we need to adopt a measure like this.”

The Bishop of Durham, Paul Butler, also told the BBC it would not work.

“I really worry that this is not the right way to treat asylum seekers. We have an international duty under the Refugee Convention to look after asylum seekers well. They are big issues. They’ve got to tackled and I don’t think this is the way to do it,” he said.

“I remain to be convinced that it’s going to be deterrent in any way.”

But rewind to eight days ago and when asked about the issue on LBC, minister for refugees Lord Richard Harrington inquired whether it was a “rumour” before saying “If it’s happening in the Home Office on the same corridor that I’m in they haven’t told me about it.

“We’re having difficulty enough getting them from Ukraine to our country, there’s no possibility of sending them to Rwanda.”