"Brilliant response to the unnecessary ignorance and rudeness of Liz Truss," wrote one person in response. 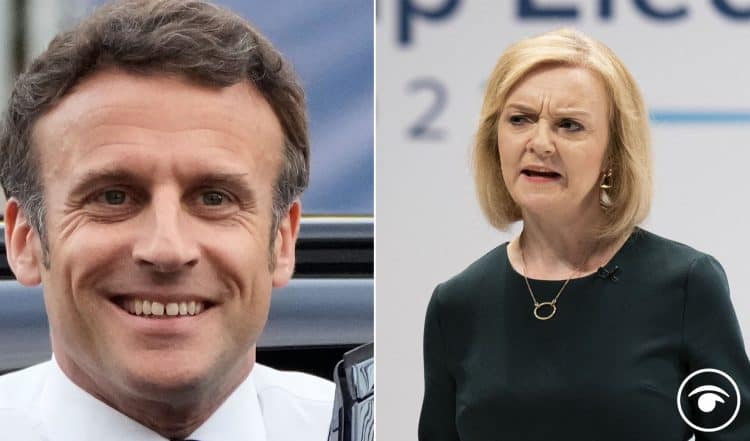 French President Emmanuel Macron has suggested it is a “problem” if Britain cannot call itself a friend of France, amid an unexpected diplomatic row sparked by comments made by Foreign Secretary Liz Truss at a hustings.

The French premier said that he believed the UK was a “friend” despite what the Foreign Secretary might suggest, after Ms Truss told Tory members at a leadership hustings in Norwich on Thursday that she was undecided as to whether the French leader was “friend or foe”.

Mr Macron, asked his views on the comments, responded after a long pause: “Listen, it’s never good to lose your bearings too much in life. If one asks the question – which is how I will answer you – whoever is considered for the leadership in Great Britain, I won’t ponder it for a single second.”

But it was left to Macron himself to land the shade right on Truss.

He said: “The United Kingdom is a friend of France, and you know we live in a complicated world, there are more and more liberals, authoritarian democracies, so there is a sense of imbalance,” he told FranceInfo.

“If the French and British are not capable of saying whether we are friends or enemies – the term is not neutral – we are going to have a problem.

“So yes of course the British people, the nation which is the United Kingdom, is a friend, strong and allied, whoever its leaders are and sometimes in spite of the leaders and the small mistakes they can make in their speeches.”