"This is one of the most remarkable interviews I've ever conducted!", James O'Brien said shortly after. 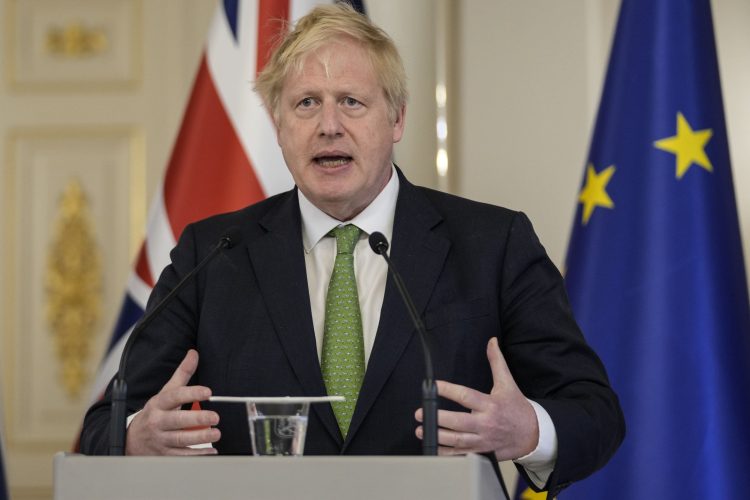 The prime minister claimed the proposed legislation, which gives ministers powers to override parts of the post-Brexit deal on Northern Ireland, could be carried out “fairly rapidly”, with the proposals in law by the end of the year.

But his predecessor in No 10, Theresa May, led the criticism from the Tory benches as she delivered a withering assessment of the legality and impact of the Bill.

Mrs May made clear she would not support the legislation and warned it will “diminish” the UK’s global standing.

Other legal minds have also questioned its practical application.

Law professor Mark Elliott appeared on LBC with James O’Brien, with the presenter calling it “one of the most remarkable interviews” he had ever done after.

Elliott, Chair of the Faculty of Law at the University of Cambridge, argued that the doctrine of necessity may not be legally applicable for the protocol.

He told James: “I think the key thing is it’s very very difficult to see how it can apply.

“The first thing to say is that in order to plead necessity it’s got to be necessary, and that means that there haven’t got to be other less dramatic things that you could have tried, but you haven’t tried.

“The very obvious thing that the UK Government hasn’t tried is Article 16. Article 16 of the Northern Ireland protocol says there are circumstances where the UK can take unilateral action; if the UK has reasonable grounds to say the protocol is causing serious problems there was a mechanism built into the protocol to allow them to take steps to resolve that.

“It’s very hard to see, if they haven’t bothered to do that how it can then be necessary to go for the nuclear option which is legislating to override the protocol.”

Many people were also left with their jaws on the floor after the interview:

Related: Conservative activist gets owned by a lake over abortions rights… yes really