"We are not dealing with a perfect world," Truss said as she faced tough questions over Jamal Khashoggi's death and Saudi Arabia's human rights record. 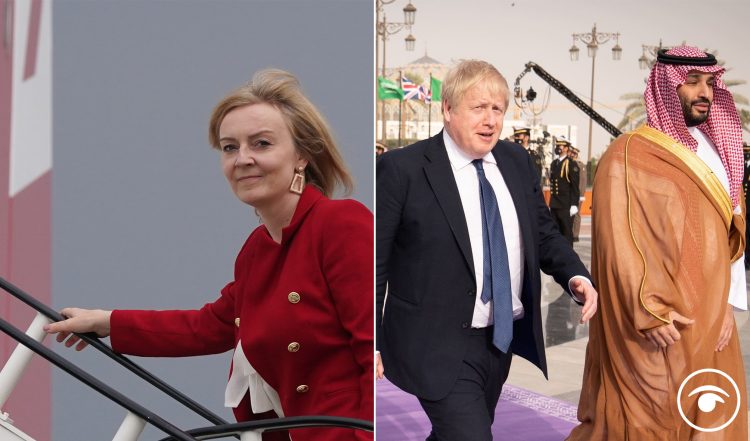 Yesterday, Labour MP Chris Bryant asked Liz Truss how she would describe the Gulf states in the context of her foreign policy aims.

“I would describe the Gulf States as partners of the United Kingdom,” she said.

“Is every country that we work with exactly in line with United Kingdom policy on everything? No, they are not. But they are important allies of the United Kingdom.”

Bryant then asked about Jamal Khashoggi’s death at the Saudi consulate in Turkey in 2018.

A UN investigator concluded that Mr Khashoggi was “the victim of a deliberate, premeditated execution”. Prince Salman has always denied any involvement.

Struggling to have a straight answer Truss said: “What I would say is that Saudi Arabia is an important partner of the United Kingdom.”

“In order to do that, we need to make sure we have alternative energy sources.”

However, when pressed for an example she refused and said she wouldn’t go into details of private discussions.

Instead, she said: “We are not dealing with a perfect world.

“We are dealing in a world where we have to make difficult decisions and I think it is right that we build that closer trading relationship with the Gulf states.”

It is also worth noting that according to the Campaign against arms trade the published value of UK arms licensed for export to the Saudi-led coalition since the bombing began in March 2015 is £8.6 billion (including £7.1 billion to Saudi Arabia alone); however, CAAT estimates that the real value of arms to Saudi Arabia is over £23 billion, while the value of sales to the Coalition as a whole (including UAE and others) is nearly £25 billion.

The licence figures do not include the value of ongoing maintenance, training, and technical support that BAE Systems provides to the Royal Saudi Air Force in Saudi Arabia. This support is absolutely essential to Saudi Arabia’s ability to wage its war in Yemen.

We are sure this has nothing to do with it…