Losing an argument to a well-informed person is one thing, but losing it to a large body of water in North America is quite another. 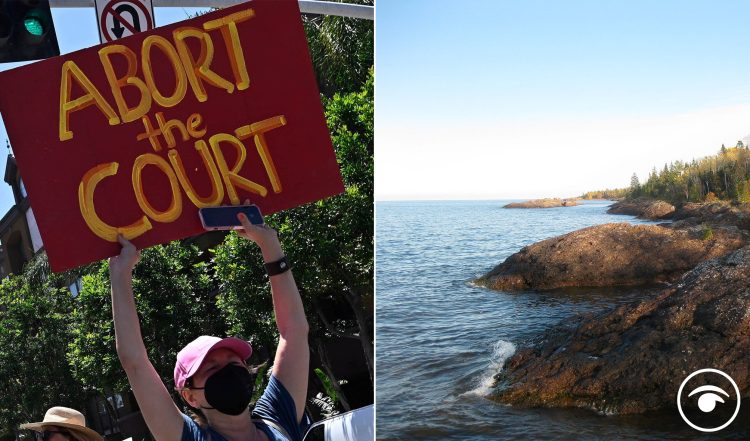 There has been a seismic shift in the US over the right to abortion.

The Duchess of Sussex has said the decision by the United States Supreme Court to roll back abortion rights tells women they “don’t matter”.

Meghan has also spoken of her and Harry’s “guttural” reaction to the decision, saying: “He’s a feminist too.”

The US Supreme Court last week ended constitutional protections for abortion that have been in place for nearly 50 years by deciding to overturn the landmark Roe v Wade ruling.

In all of the backlash from the supreme court decision, one bizarre argument is worth noting.

It began with the Twitter account for Lake Superior tweeting: “This lake vehemently stands with women having the right to choose.”

Tom Fitton, a pro-Trump conservative who is president of Judicial Watch, responded and wrote: “Water is wet and abortion kills a human being.”

So you might think Tom had won the argument with the lake, but no, the tide turned.

And the lake dampened his spirits and said: “Thomas, not even your first talking point is correct. Water is not wet, what water touches is wet. I’m confident I have a lot more experience in making things wet than you do.”