"Ten points and a full house to whoever had olive oil and bananas on their Boris Johnson speech bingo card." 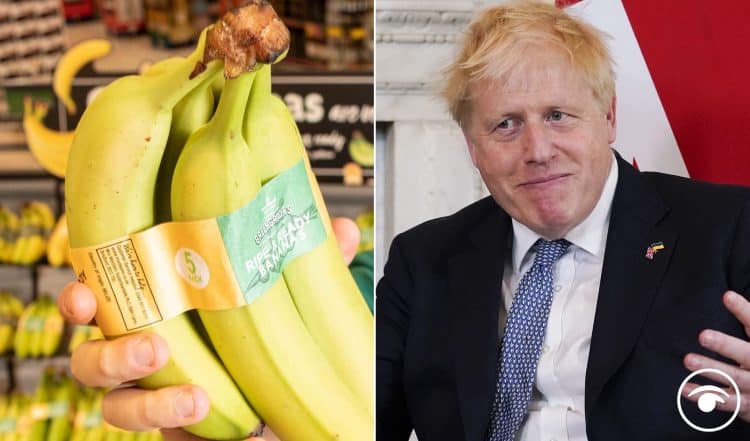 in a major speech in Blackpool there should be restraint on wage rises on the day the cost of a full tank of petrol for a family car exceeded £100 for the first time.

Calling for caution in the face of rapidly rising inflation, Mr Johnson warned the Government would “fan the flames of further price increases” if it tried to spend its way out of the cost-of-living crisis.

“We can’t fix the increase in the cost of living just by increasing wages to match the surge in prices. I think it’s naturally a good thing for wages to go up as skills and productivity increase – that’s what we want to see,” he added.

“But when a country faces an inflationary problem you can’t just pay more and spend more, you have to find ways of tackling the underlying causes of inflation.

“If wages continue to chase the increase in prices then we risk a wage-price spiral such as this country experienced in the 1970s.”

But it was other comments that had people scratching their heads.

He didn’t chat about Peppa Pig this time, but it wasn’t much better

Boris Johnson also took aim at his own government’s tariffs on imports of food that is not produced domestically, saying their removal could ease the UK’s cost-of-living crisis

What was he on about? It seems nobody, probably including himself, has any idea: