The UK Government has also been condemned by French president Emmanuel Macron for failing to live up to its “grand statements” on helping Ukrainian refugees. 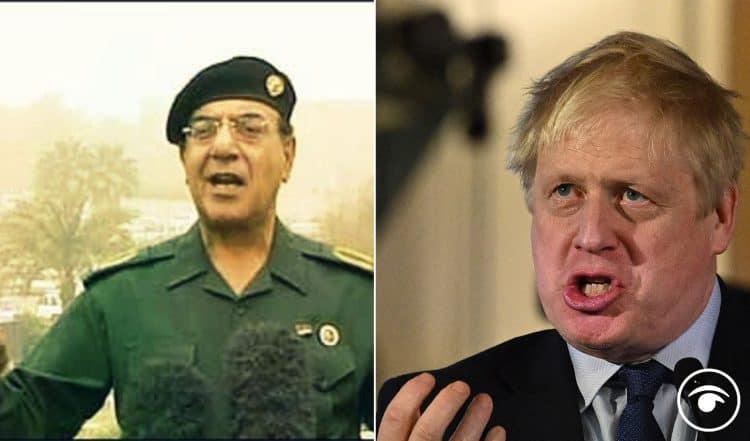 The UK Government has been condemned by French president Emmanuel Macron for failing to live up to its “grand statements” on helping Ukrainian refugees.

His comments came as the Government intends to further ramp up pressure on the Kremlin.

According to The Guardian, the French president said this further exacerbated circumstances for those fleeing the war.

He added: “Despite all the grand statements… the British government continued to apply current rules that meant they did not welcome Ukrainian refugees who wanted to reach British soil saying they have to travel hundreds of kilometres in order to apply for a visa.”

Sajid Javid said it would be difficult for him to “offer the time” to host Ukrainian refugees in his home as he urged those considering signing up to help to be sure they can “fulfil the obligations” of the scheme.

Communities Secretary Michael Gove will set out on later the details of a new programme through which people in the UK can offer to host Ukrainian refugees in their homes.

Families will receive a thank you payment of £350 a month and be expected to commit to a minimum of six months of housing an individual or a group.

But the Health Secretary said if help cannot be provided this way, there are other methods of offering support.

London Mayor Sadiq Khan said it would be a form of “poetic justice” to repurpose the mansions of oligarchs.

He told Times Radio: “I, for some time, with others, have been complaining about those Russian oligarchs close to (Vladimir) Putin, using our city to launder money by buying homes or businesses. And what’s doubly heart-breaking about the homes they buy is they’re left empty for years. They’re not homes, they’re gold bricks used to launder money.

“I think the Government should be seizing them, and before selling them – because they’ll take some time – they should be using them to house those Ukrainians who are fleeing Ukraine, who we’ll be offering a safe haven in London.

“It’s a form of poetic justice, but also it’s a good use of these many, many empty properties sitting across London simply with dust being gathered inside rather than them being used to house people who need homes.”

Asked if he would be willing to host a refugee, Mr Khan told Good Morning Britain: “Personally we won’t be able to because of space and other security issues, but I admire the generosity of those Londoners, and we know our city is a very generous city.”

Kay Burley was asked the London Mayor: “The Prime Minister says we’ve taken more refugees than any other country in Europe?”

Sadiq Khan replied: “I don’t want to accuse him of being Comical Ali, but it’s just not true….at best a handful of Ukrainians have arrived.”

Related: Is this letter sent to the Times about Ukraine saying what you’re thinking?