Kevin Bridges said: "The doors were at 6.30pm and she hung on - it's what she would have wanted, so welcome." 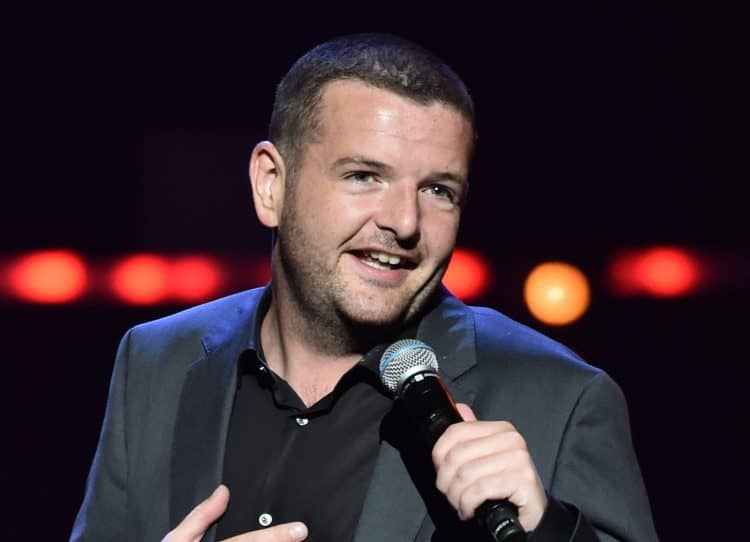 Comedian Kevin Bridges joked about the Queen’s death during a performance last night and said: “She won’t be the only old woman to die this winter”.

The comic, from Clydebank, West Dunbartonshire, made the comments at “the only show to go ahead this evening”, at the Hydro in Glasgow last night.

Bridges said he wore “a black suit in tribute”, and said “we’re about to go into another lockdown”.

The audience roared with laughter in a video shared on TikTok.

He has been performing KEVIN BRIDGES: THE OVERDUE CATCH-UP at the Hydro in Glasgow from September 1.

“This is the 40th time that I have performed at this venue so I’m sure you’ll read about it in all the papers in the morning, on the front page of the Daily Telegraph.”

He laughed, then added: “Anyway welcome to the only f*cking show in Britain going ahead this evening.”

The crowd responded with cheering and applause.

‘What she would have wanted’

Bridges added: “The doors were at 6.30pm and she hung on – it’s what she would have wanted, so welcome.”

He then laughs and waits while the crowd responded with laughter and clapping.

Bridges added: “I’m doing it for Lizzie and I’ve worn a black suit as a tribute.

“Probably the last show before we back into lockdown.”

He added: “People checking their phones to see if they’ve got the day off in the morning.

“The show is going ahead. She’s not going to be the only old woman to die this winter.”

He then made a comment about King Charles being “a wee dog”, which was greeted with laughter.

Bridges added: “Thank you for always coming to these shows.”

Related: As Queen dies Julia Hartley-Brewer managed to have a dig at France and it backfired