"Using the death of the Queen to bash the French. What a clown," wrote one person after she made her comments about the French. 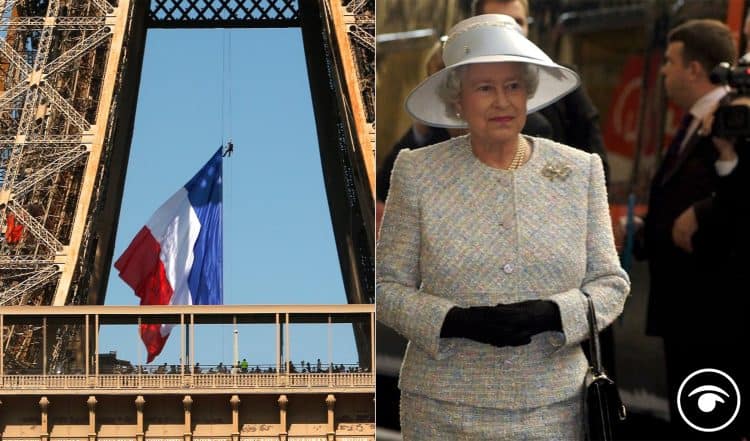 As we all know now the Queen passed away yesterday leaving a Charles to become King Charles III.

World leaders, even Putin, paid respects to the Queen.

In Australia, Prime Minister Anthony Albanese mourned the Queen as the only only reigning monarch most Australians have known, and the only one to ever to visit their country.

“And over the course of a remarkable seven decades, Her Majesty was a rare and reassuring constant amidst rapid change,” he said.

“Through the noise and turbulence of the years, she embodied and exhibited a timeless decency and an enduring calm.”

Jacinda Ardern said: “The last days of the Queen’s life captures who she was in so many ways – working until the very end on behalf of the people she loved.”

She said the Queen was an extraordinary woman who she would remember for her laughter.

Ms Ardern said that like many other people, she was feeling not only deep sadness but also deep gratitude.

“Here is a woman who gave her life, utterly, to the service of others,” she said.

US President Joe Biden signed the condolence book at the British Embassy in Washington, and his wife, Jill Biden, brought a bouquet of flowers. The president was overheard telling embassy staff: “We mourn for all of you. She was a great lady.”

Jamaican Prime Minister Andrew Holness, who announced this year the British commonwealth intended to become fully independent, said: “We are saddened that we will not see her light again, but we will remember her historic reign.”

French President Emmanuel Macron hailed the queen’s “immutable moral authority”, her intimate knowledge of and the stability she brought “across the fluctuations and upheavals of politics, a permanence with the scent of eternity”.

Edward Luce of the Financial Times wrote: “Remarkable statement from President Macron. Hard to imagine a contemporary British prime minister being as gracious about a great French figure passing.”

Related:Queen’s death: Rail and postal strikes called off to ‘join whole nation in paying its respects’