Problem drinkers who cause a scene in public could soon be on the receiving end of tough punishments, dished out by this local council. 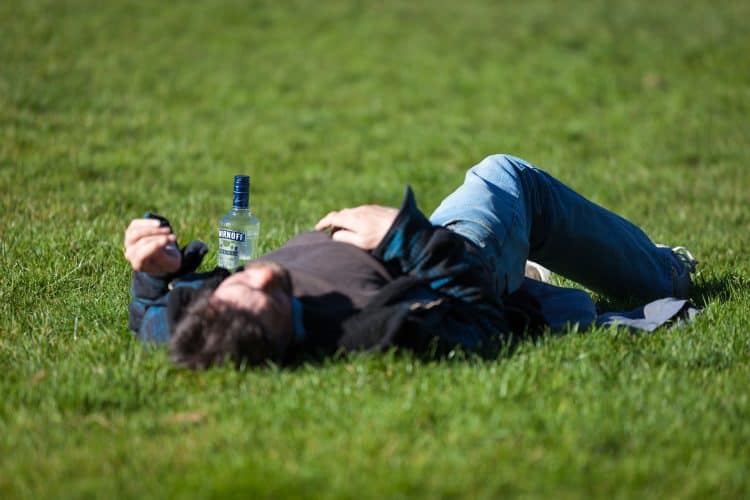 Hounslow Council is set to revive laws that clamp-down on ‘problematic’ public drinkers, and local legislators are looking to give police officers the power to deal with ‘rowdy and confrontational offenders’ who behave in an anti-social manner.

Boozy nuisances could be hit with £100 by Hounslow Council

The proposals, which were recently discussed by Council representatives, would dish-out £100 fines for people adjudged to be causing a nuisance as a result of drinking alcohol on the street.

Hounslow’s elected officials have stressed that public drinking would still be allowed, but they want to do something to tackle those who harass others while consuming booze in shared spaces.

Open-air venues, such as parks, streets, or highways, will be protected against loutish conduct. Police will also be granted powers to confiscate alcohol from those who don’t have a ‘reasonable excuse’ for consumption.

Hounslow’s Cabinet Council leader Steve Curran told MyLondon that groups or families ‘could still enjoy their alcohol in green spaces’, and the measures are solely for the purpose of limiting anti-social behaviours in the district.

“Anyone who refuses to hand over any container (open or closed) when instructed could also face a legal conviction. Those in breach of this order is liable on summary conviction to a fine not exceeding Level 2 on the standard scale [of up to £100].”

“A ‘restricted area’ refers to all land in the open air (including any park, open space, street or highway) in the London Borough of Hounslow, subject to exceptions under section 62 of the Anti-Social Behaviour, Crime and Policing Act 2014.”