"Andrew Pierce had changed sides and now supports nationalisation after being he was taken into public ownership by Rob Rinder", one person said. 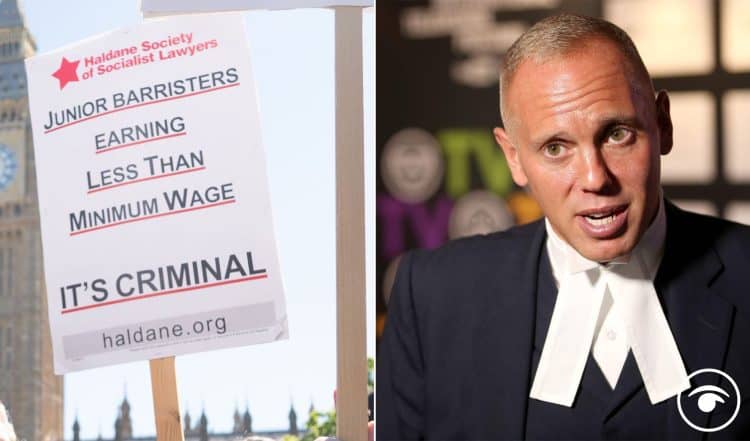 Justice Secretary Dominic Raab accused striking barristers of “holding justice to ransom” after it emerged he was on holiday when an all-out strike ballot was taken.

It comes as the Daily Mail has slammed the justice system and their reporter Andrew Pierce appeared on GMB to continue the onslaught.

Mr Raab called out the Criminal Bar Association (CBA) for their industrial action.

“As Justice Secretary, I hear time and again that all victims truly want is the justice they deserve. My message to the CBA is simple,” he wrote in the Daily Mail.

“We are increasing your pay. Now your actions are only harming victims, increasing the court backlog, and hampering our efforts to make our streets safer.

Members of the CBA were balloted on Sunday night on whether to escalate ongoing industrial action with an indefinite, uninterrupted strike that would start in England and Wales on September 5.

Mr Raab is on leave with his family in Surrey until Thursday and has not met the CBA since members embarked on industrial action in April, but junior ministers have met the group regularly.

The continuous strike effectively begins next week because the action is ongoing. Friday will be the last working day for barristers before they walk out again on Tuesday August 30.

Here is a short history of the lead-up to the industrial action and as you can see from the Mail’s front page they are not happy at all.

This video is amusing.

As you can see this didn’t go down well with Rob Rinder.

Does Pierce make a fair point here though?