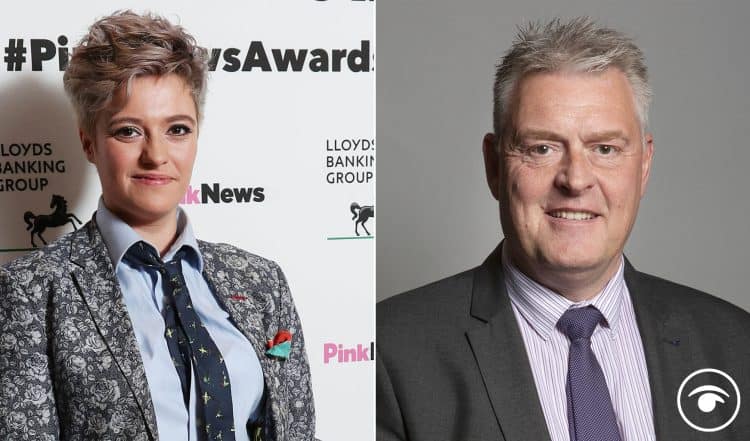 Lee Anderson has waded back into the food bank argument with Jack Monroe.

He previously defended his comments on food banks after saying people use them because they “cannot cook properly” and “cannot budget”.

Lee Anderson invited “everybody” on the opposition benches in the Commons to visit a food bank in his Nottinghamshire constituency where, when people come for a food parcel, they now need to register for a “budgeting course” and a “cooking course”.

Asked by a Labour MP if it should be necessary to have food banks in 21st century Britain, the MP for Ashfield said there is not “this massive use for food banks” in the UK, but “generation after generation who cannot cook properly” and “cannot budget”.

In the new clip Lee Anderson blasts Jack Monroe after she called him a “rich, white privileged male”

He told Martin Dubney: “I’m giving my time & my money to help the people in Ashfield. She’s taking money off some of the most vulnerable in society.”

He then claimed that she has made a lot of money selling books, ‘she is taking money off some of the most vulnerable in society and making an absolute fortune on the back of people. I’m not rich.”

In response, Jack Monroe tweeted: “This is a very clear cut case of outright libel. So far I can see it has 19,300 views. You’d be wise to take it down and fully retract and apologise before you make this any worse for yourselves.”

She also tweeted: “Lee Anderson making outrageous, libellous statements is he? And Martin Daubney encouraging and promoting them. Excellent. @mlewislawyer – got a job for you pal.”

Monroe also seems to be counting the views as she considering legal action.