Watch: How can we believe a word Government says about Northern Ireland Protocol?

The government's latest response is likely to anger the EU, which has stressed the need to find joint solutions to the trade barrier created in the Irish Sea by the protocol. 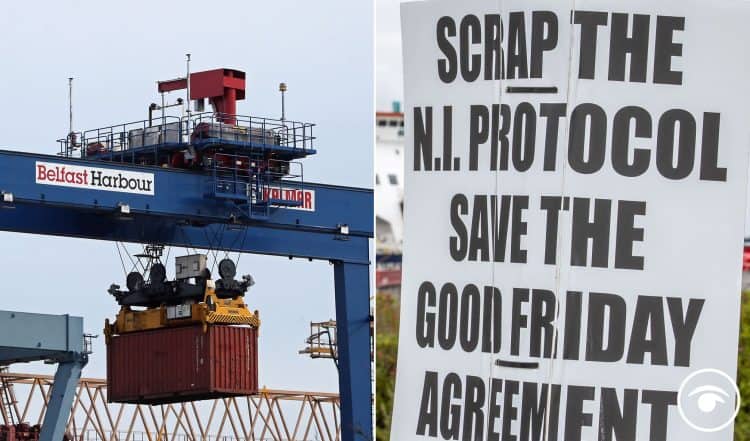 The UK has risked further antagonising the European Union by responding to legal threats over the Northern Ireland Protocol by refusing to fully implement the post-Brexit agreement.

Ministers are understood to have responded to Brussels’ seven infringement proceedings by saying they will unilaterally continue with the grace periods on checks currently in place.

Britain’s mission to the EU formally replied by the end-of-Thursday deadline, despite politics as normal being paused during the mourning period for the Queen.

The response with unilateral action is liable to anger the bloc, which has stressed the need to find joint solutions to the trade barrier created in the Irish Sea by the protocol.

In response, Peter Stefanovic has created a new video calling out the government over the Northern Ireland Protocol.

He told The London Economic: “In one of the clips Liz Truss appears to call her bill the “Northern Ireland Protokill Bill!” Was it a mispronunciation or is this what she calls it behind closed doors?”

Related: I’m a Tory Party donor – here’s what you don’t know about cash for access