"Britain's panic buying/ petrol pumps are dying/ Said Brexit would be fine and turns out they were lying." 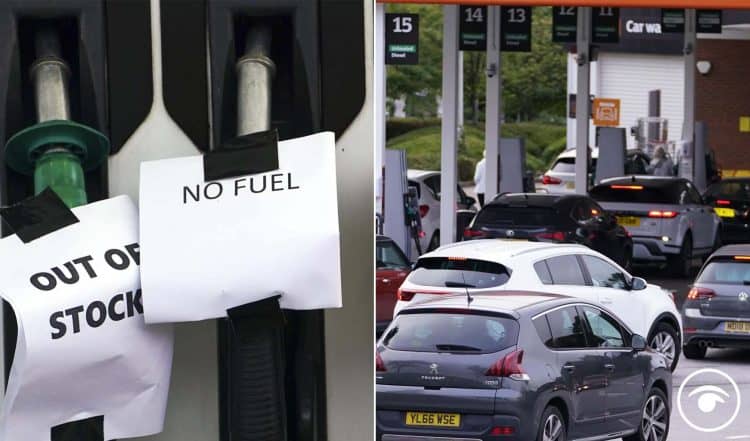 Have you got any petrol? Nope me neither.

If society collpases I’m just going to take a shopping trolley and walk the earth like the film The Road, and that went well didn’t it…

Just in case you haven’t watched the news, or have an electric car, there is a massive petrol crisis. The government claims we have enough fuel, but the punters aren’t buying that, so they are panic-buying petrol.

And guess what, we can’t keep up with demand.

Much of this is being blamed by the government on the coronavirus pandemic, which is putting a strain on the number of HGV drivers currently coming into the UK.

However, many others believe that the main problem is due to Brexit as numerous foreign drivers have since returned to Europe due to the stricter immigration and working conditions enforced since leaving the EU.

Some care workers, NHS staff and taxi drivers are unable to fill up at petrol stations, London mayor Sadiq Khan has said.

London’s bus network has enough fuel but the “shambolic situation” has meant that shortages are hitting petrol stations across the capital.

“Our emergency services and our buses have enough and they have some in reserve, but we are hearing stories about care workers, people who work in hospitals who need their car to go to hospital, black cab drivers, private hire vehicle drivers not being able to fuel up and provide the services that our city needs but  also to enable people to get to work.”

The situation is so grim that comedian Munya Chawawa, who has earned internet fame for his ability to satirise current affairs and politics with parody R’n’B songs, has been forced to step in.

This time he has done a take on Too Close by Blue and includes this chorus:

“Said Brexit would be fine and turns out they were lying/

“Fuel is running real low/ Need European blokes/ To come through in their HGVs”.