"Why is he pointing at his penis?," asked one confused Twitter user. 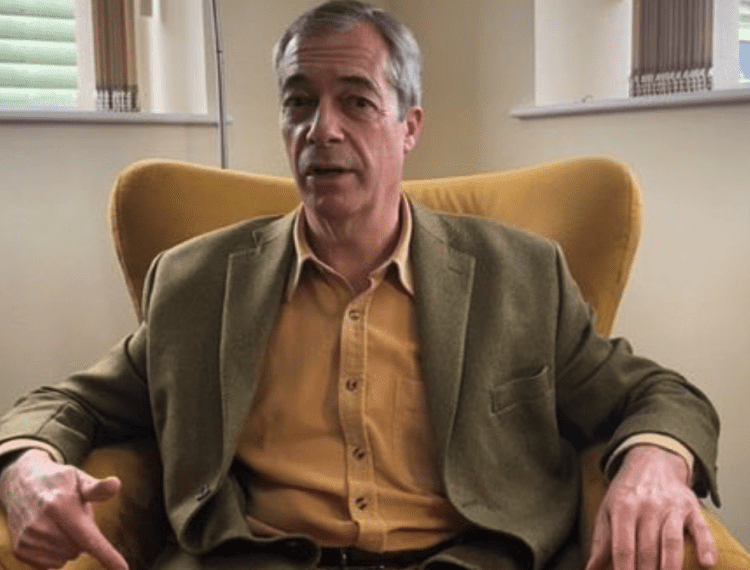 Nigel Farage was at it again on the video messages, and as usual, he made a total fool of himself.

This time it was a New Year’s video that has been ridiculed online.

The failed politician posted New Year’s message onto his YouTube channel addressing the key issues he thinks the country will have to deal with in 2022.

Seated in a yellow chair and dressed in yellow corduroy trousers, a yellow shirt and a green jacket, the former MEP complained about how the nation has been decarbonising.

Farage droned on: “We haven’t fracked, we haven’t taken a single barrel of gas out of the Bowland reserve in the northwest, which is massive. We’re stopping development in the North Sea.”

Well, it was too easy for people to have something to say about this.

We’ve rounded up the best reactions:

“Is he about to get up and dance to Fatboy Slim’s Weapon of Choice?”

“Nigel is in the diary room”

“Um, apart from the fact that Nigel Farage has managed to match the colours of his shirt, chair and teeth ….. Why is his pointing at his penis?”

“Colonel Mustard, in the travel tavern, with the lead piping?”

“Is this the video from the latest grift?”

“Mein Kampf Oh you do? Can you keep it for me? My name? Nigel Farage.”