By combining the senses of sight and touch, scientists managed to convince patients a prosthetic hand belonged to their own body 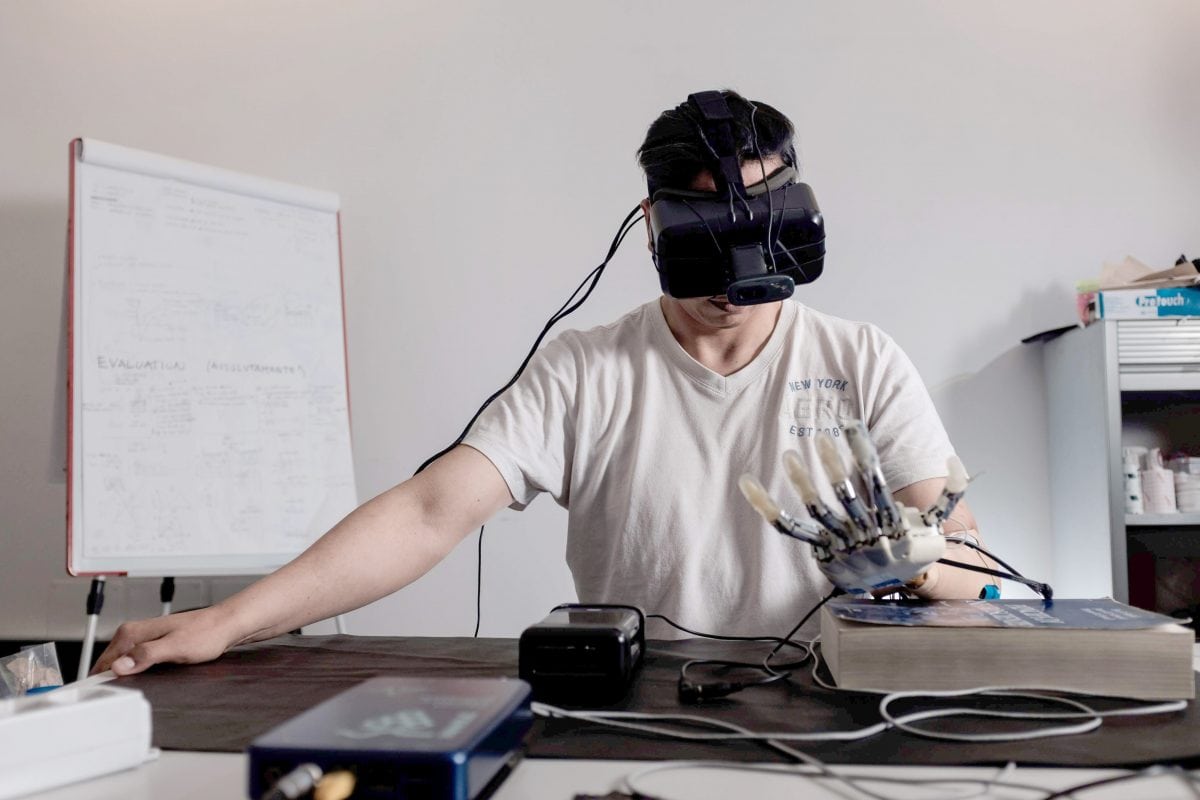 Amputees can be tricked into ‘feeling’ lifelike sensations from robotic limbs – through virtual reality.

By combining the senses of sight and touch, scientists managed to convince patients a prosthetic hand belonged to their own body.

In experiments, the groundbreaking technique worked on two patients who have lost hands.

It could revolutionise treatment of maimed members of the Armed Forces and other people who have lost arms or legs.

It is estimated up to half of amputees with prosthetics do not actually use them because they do not match up with their own perception of the missing limb.

Dr Giulio Rognini and colleagues went beyond the “seeing is believing” idiom based on established research on how the brain identifies what belongs to its own body.

Instead of using the sense of sight alone, the researchers managed to incorporate touch as well.

Dr Rognini, of the Swiss Federal Institute of Technology, Lausanne, said: “The brain regularly uses its senses to evaluate what belongs to the body and what is external to the body.”

The results – published in the Journal of Neurology, Neurosurgery and Psychiatry – also showed the phantom limb grows into the prosthetic hand. 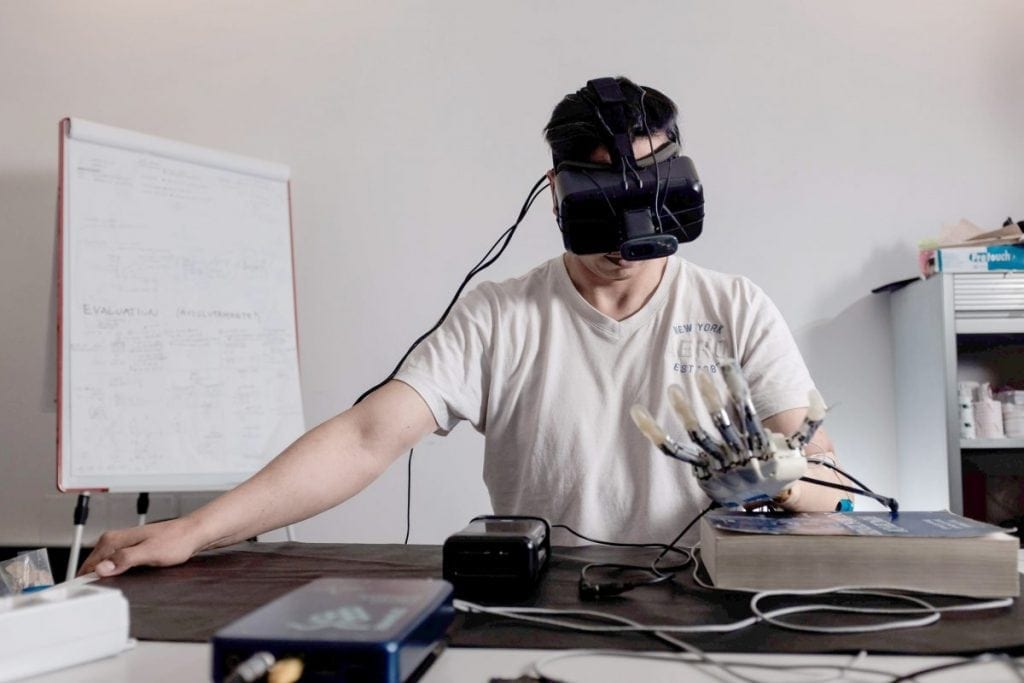 Dr Rognini said: “We showed exactly how vision and touch can be combined to trick the amputee’s brain into feeling what it sees, inducing embodiment of the prosthetic hand with an additional effect that the phantom limb grows into the prosthetic one.”

He added: “The set-up is portable and could one day be turned into a therapy to help patients embody their prosthetic limb permanently.”

In two amputees who had lost hands his team provided artificial tactile sensations at the tip of the phantom limb’s index finger.

They achieved this by stimulating the patient’s nerve in the stump. At the same time, the patient wore virtual reality goggles .

These showed the index finger of the prosthetic limb glowing in synchrony with the administered touch sensations.

Dr Rognini said this combination of virtual reality with artificial tactile sensations took a party trick known as rubber-hand illusion to another level.

Under the illusion, people feel that a rubber hand placed on the table before them is their own, a bizarre but convincing shift in perception that is accompanied by a sense of disowning their real hand.

Dr Rognini said “seeing is believing” is often not enough to help amputees. Many opt out of prolonged use of a prosthetic limb.

This is because their own perception of the missing arm or leg, or the brain’s representation of it, does not match up with what they see of the prosthesis.

The underlying problem is twofold. Amputees still feel their missing limb, even if it is physically gone, and this ghost limb aka phantom limb is perceived as much smaller that the lost limb.

Tricking the brain to embody the prosthetic limb overcame these problems.

Dr Rognini added: “Both patients reported feeling as though the prosthetic hand belonged to their own body.

“Moreover, when asked to evaluate the position of their hands, both patients felt as though their phantom limb had extended into the prosthetic limb.

“Previous to the experiment, they both reported that the phantom hand was small and directly connected to the stump, as if the phantom limb had no forearm, a change in size referred to as ‘telescoping’ in scientific jargon.

“In fact, their phantom limb extended during the experiment, and remained extended for up to 10 minutes afterwards.”

The experiment simply requires the patient to passively observe two sensations on the fingertip, the visual glow and the artificial touch happening in synchrony, in order for embodiment and extension of the phantom limb to take place.