Watch: Dinner lady says she cries as she has to deny children school lunch

It coems as food bank users are now requesting “non-cook food” after surging energy prices mean they “can’t afford to put the oven on”, 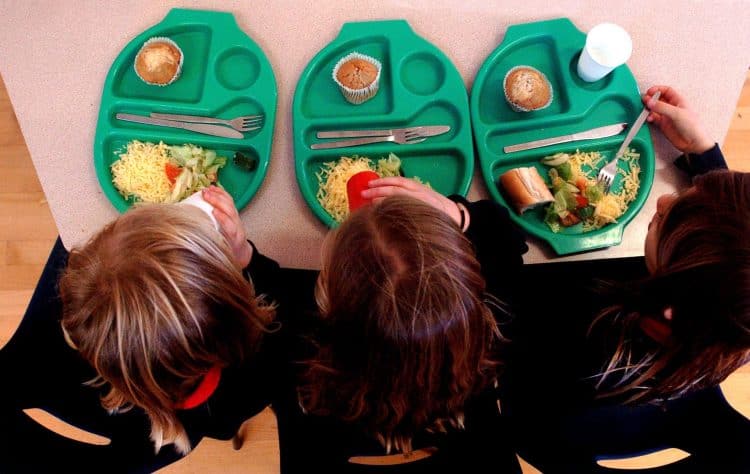 A heartbreaking clip has been shared by PoliticsJOE that can’t fail to move you.

It comes as Martin Lewis has challenged the next prime minister to appear on ITV with him to discuss the cost of living crisis.

The cost-of-living crisis has seen a rise in food bank users, as shop prices rose by a record 5.1% in August, according to the latest report by the British Retail Consortium.

This, combined with a huge surge in energy bills, has led to an “unsustainable situation”, Ian Oulton, a trustee of West Cheshire Foodbank, said.

Speaking at an Enough is Enough rally in Manchester, the woman said that she is dreading going back to work in October over fears many of the school’s pupils will not be able to afford lunch.

“I didn’t take the job on to starve children”, she said, adding that the issue is getting noticeably worse of late.”

Famous chef Jamie Oliver saw the video and tweeted: “This is so heartbreaking. No kid should be hungry at school @trussliz @RishiSunak.”

Related: Edwina Currie slammed for her comments over cost of living crisis