“While working people worry about how they are going to pay the bills, the Prime Minister is relaxing in a luxury villa - missing in action once more.” 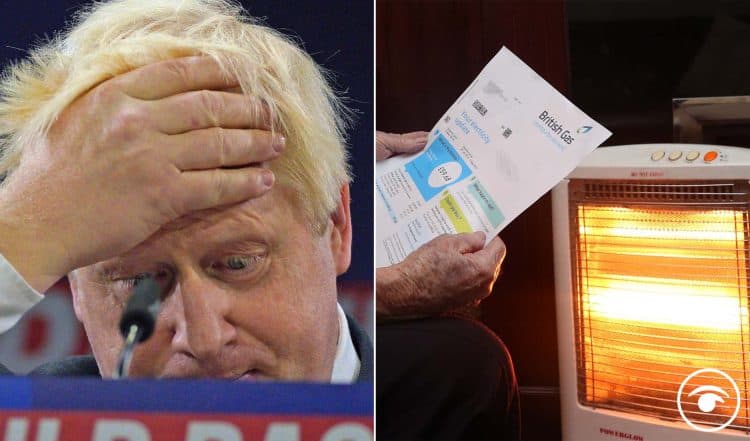 Ministers are facing calls to continue talks with industry bosses in a bid to stop firms going to the wall amid rising energy costs.

Business Secretary Kwasi Kwarteng held talks with industry leaders last week, and ministers and officials are set to continue speaking with businesses on Monday and throughout the week.

But the Government is facing demands for “immediate action” to protect firms from rising costs.

Mr Kwarteng has pledged to keep the energy price cap in place to help households struggling with rising costs. But he has offered no new support for businesses after bosses and some Tory MPs called for help to prevent them going under as wholesale prices soar.

He said: “It seemed to prick the ears of the Secretary of State to asking a civil servant to work with us quickly and closely to build an ask to go to Treasury.

“We didn’t get to specifics, the meeting was very much an introductory one, and we had rather hoped over the weekend and today that that dialogue would be extended.

“It’s very alarming to hear the Treasury are making denials over the approach, let alone anything else. We need immediate action.”

Gareth Stace, director general of UK Steel, has called on the Prime Minister to “bang ministerial heads together” to avoid an industry crisis hitting his sector.

GMB has criticised the Prime Minister for going on holiday while the country is in the grip of an. energy crisis.

The union has warned of tens of thousands of manufacturing jobs are at risk if the Government fails to act on rocketing energy prices.

Gary Smith, GMB General Secretary, said:  “Once again this Prime Minister has swanned off on his jollies while the country is in the grip of a crisis.

“Industry is on the brink of collapse, while our members are desperately concerned their jobs are about to go down the pan.

“While working people worry about how they are going to pay the bills, the Prime Minister is relaxing in a luxury villa – missing in action once more.”

Gareth Stace, director general of UK Steel, appeared on LBC and said that “with the reported Govt infighting between Treasury & BEIS, the PM needs to bang ministerial heads together, take control..”

Stace then replied: “Now isn’t the time for the PM to be on holiday.”