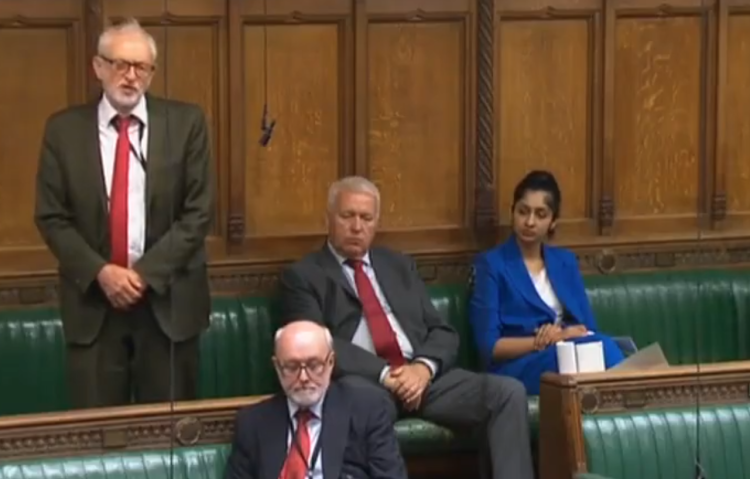 Priti Patel has insisted the Government will press ahead with its plan to send asylum seekers to Rwanda despite an 11th-hour legal ruling by a European court which halted the first departure.

The home secretary said she was surprised by the European Court of Human Rights’ intervention, overruling domestic judicial decisions, but told MPs it was “inevitable” there would be legal challenges to the Government’s policy.

In an apparent reference to the human rights lawyers who have repeatedly taken on the Government, she told MPs that “the usual suspects” had set out to “thwart” the plan.

However, Boris Johnson was rebuked in the House of Commons after claiming Labour were “on the side of the people traffickers”.

The prime minister was heckled by opposition MPs as he concluded his exchanges with Starmer by insisting he was taking decisions “on the side of the British people”.

So it was left to former Labour Leader Jeremy Corbyn to slam the government’s Rwanda plan.

To be fair, Yvette Cooper was also scathing about the policy during the debate that followed PMQs.