The comedian's stark warning about where the war on woke might lead us is very concerning. 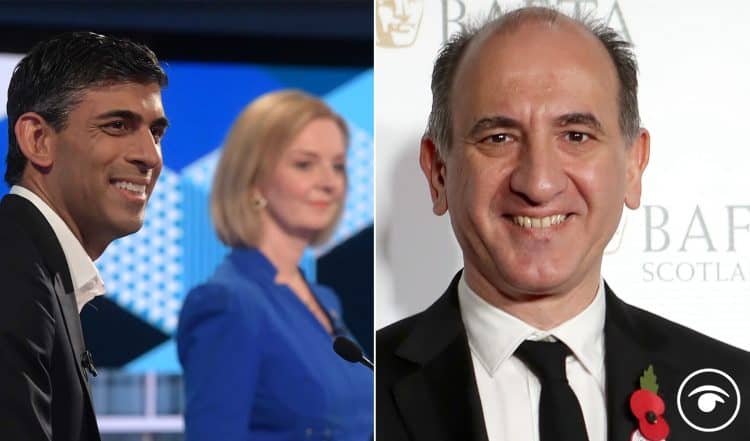 Armando Iannucci had a chilling warning about the so-called ‘war on woke’ and where it might lead us.

The phrase emerged to describe the new Conservative policy that has arisen in opposition to “woke” political activism.

The term “woke” is used to describe those who consider themselves alert to social injustice, though the activists are also often characterised as aggressive, sensitive and performative.

For example Minister for Equalities, Kemi Badenoch was praised for her so-called “anti-woke” policy stance. Speaking on GB News, she said: “I don’t call it ‘war on woke’ because I think it’s far far more serious than that.”

But it is Comedy legend Armando Iannucci’s chilling warning about the shutting down of jokes about politicians that is a stark warning about where the war on woke might lead us.

He told Radio 4 today: “The woke thing is there, but the bigger, more chilling thing, is that politicians and parties are now beginning to say don’t make a joke about me.

“I will get my supporters to shout at you if you make a joke about me.”

“If your interviewer and if your programmes make jokes about me, I will look into whether that channel has too much power.

“That’s the more chilling thing that politicians are beginning to say don’t laugh.

“You get it at Conservative hustings when certain independent interviewers asked challenging questions of Liz Truss and Rishi Sunak members of the audience were shouting at them.”

Related: Blistering response to Truss after she slams ‘woke’ Civil Service culture that ‘strays into antisemitism’