A woke Tory? Not a thing, mate. Suella Braverman has further devalued the meaning of the word, following remarks she made on Sunday. 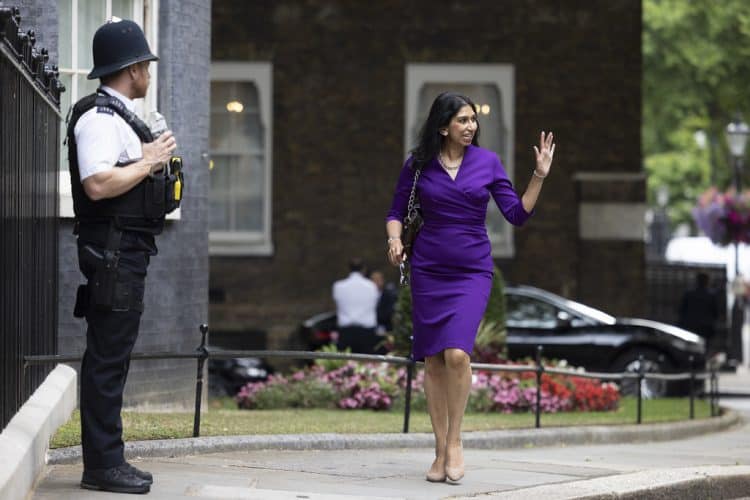 Has a word ever lost its meaning faster than ‘woke’? The term – used to describe socially-aware campaigners against injustice – has been diluted to the point where even a senior Tory candidate running for PM can be tarred with the brush.

What is woke? Tory leadership race gets silly…

In its current guise, woke is simply a term that describes something a right-leaning person doesn’t like, for reasons they may not always disclose. The discourse has become tired and languid – so of course, it’s dominating the leadership battle at the heart of our government.

Instead of focusing on the cost of living crisis and a tanking economy – issues that really matter – most of the chatter so far has been about unisex bathrooms and transgender identity.

However, amongst the remaining candidates, it is PENNY MORDAUNT – this Penny Mordaunt – who has been identified as woke.

Penny Mordaunt accused of being ‘too woke’

Mordaunt is believed to have softer views on gender, climate change, and societal issues. So obviously, she finds herself in the firing line. Critics believe that the candidate has values that do not align with the Conservative Party, as it exists in 2022.

Well, if she’s got a shred of compassion and sympathy for others, they might have a point…

Suella Braverman was eliminated from the Tory leadership race on Friday. The government’s Attorney General was very keen on pulling the UK away from the European Court of Human Rights. However, her hardline stance on Brexit failed to win her the backing she sought.

Shame. Perhaps Braverman should have tried being more ‘woke’, given that Mordaunt sailed through to the next round.

But, rather than bow out gracefully, Braverman has returned with a jibe. Speaking to Times Radio on Sunday, she explained that she found the top Tory to be ‘too woke’. Her reasoning was vague, but it appears to have deflected from other serious issues once more.