The Foreign Secretary was accused of going ‘further than the usual dog-whistle politics’ of the leadership election. 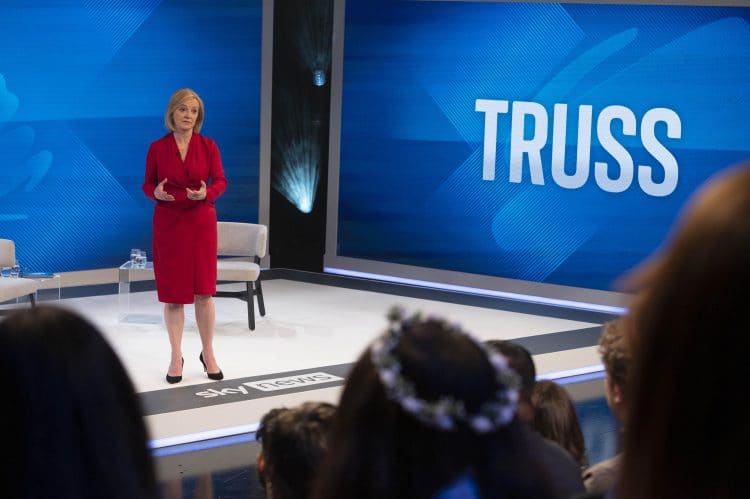 Liz Truss’s claims that she will tackle “woke” Civil Service culture that “strays into antisemitism” are “inflammatory” and will be viewed as “insulting and abhorrent”, a union leader has warned.

The Foreign Secretary was blasted by the head of the FDA, which represents civil servants, for providing “no evidence for her accusation”, which he said “goes further than the usual dog-whistle politics” of the leadership election.

It comes after the Truss campaign said she would “change woke Civil Service culture that strays into antisemitism”.

In response, FDA general secretary Dave Penman said: “The Conservatives have been in Government for more than 12 years now and, for most of that time, Liz Truss has been a minister.

“So accusations of ‘civil service wokeism’ are a little ironic, given it’s essentially a criticism of their own leadership.

“However, Truss’s accusation of antisemitism goes further than the usual dog-whistle politics that has been on display during this leadership campaign when it comes to the Civil Service.

“She provides no evidence for her accusation that many civil servants will find both insulting and abhorrent.

“A prime minister is also minister for the Civil Service, and throwing around such unfounded inflammatory accusations illustrates a lack of leadership, the very thing that she claims to be demonstrating.”

The Foreign Secretary has also set her sights on boosting links between the UK and Israel, with a plan to secure a free-trade deal, her campaign said.

In a written statement issued after she spoke at a synagogue in Manchester, Ms Truss insisted the culture in the Civil Service can be “changed”.

She also pledged to review whether schools are doing enough to educate pupils and teachers about antisemitism, according to her team, and said university campuses must be “ridded” of the issue.

Ms Truss said: “Every organisation has its culture, but it’s not fixed, it can be changed.

“That’s what ministerial leadership is about: it’s about making sure that the policies we represent, the values we stand for, are reflected in what we do.”

She added that the relationship between the UK and Israel has “grown in standing” over the past year, but insisted there is “still more to do”, including completing a free-trade deal.

A Truss campaign source claimed that Labour has been a “talking shop for antisemitism and Anti-Zionism” under the leadership of Sir Keir Starmer, and formerly Jeremy Corbyn.

“This has increased anxieties within the Jewish community,” they said.