"Every journalist interviewing a Minister today should be pointing this out," wrote one person after watching the video. 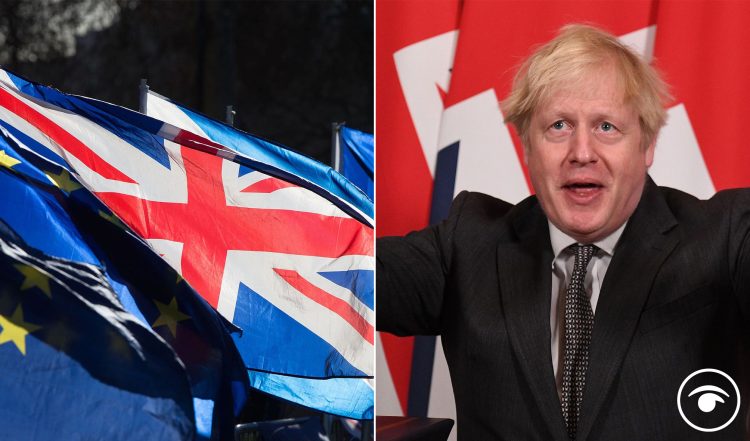 MPs are set to vote on controversial new legislation to give ministers powers to override parts of the post-Brexit deal on Northern Ireland, after the PM played down concerns over legal challenges.

It comes as a new video has called out Northern Ireland Secretary Brandon Lewis who said that there is “no political leader in any party in Northern Ireland who says the protocol is working.”

Boris Johnson’s administration has argued that the measures to remove checks on goods and animal and plant products travelling from Great Britain to Northern Ireland are necessary to safeguard the Good Friday Agreement and peace and stability.

Unionist opposition to the imposition of checks which they perceive as driving a wedge down the Irish Sea has seen the Democratic Unionist Party (DUP) refuse to return to the powersharing executive, leaving the region without a functioning government.

The UK has insisted that its unilateral approach is the only option left to resolve the issues “baked in” to the protocol if the EU maintains its refusal fundamentally to rewrite the terms of the deal.

But the move has sparked a fierce backlash from the bloc, with fresh legal action launched against Britain last week.

So as the government looks to break international law over a deal it negotiated itself, it appears that the new strategy is to tell the public that the protocol simply isn’t working in Northern Ireland.

In fact, the economy of Northern Ireland is second only to London in bouncing back from Covid and leaving the EU, it is actually prospering under the protocol arrangement.

However, Northern Ireland Secretary Brandon Lewis told Sky News viewers, over the weekend, that “there’s no political leader in any party in Northern Ireland who says the protocol is working.”

His claim has been debunked by filmmaker Peter Stefanovic.

He shared his new video and wrote: “THAT’S A BAREFACED LIE! Don’t let them get away with it!”

The video was praised, but left many to question if journalists would pick up on this to hold the government to account:

Related: Tories actually WON the by-elections… according to PM’s sister