"In a week when we have never needed honesty in UK politics more Boris Johnson repeated the same lie in Parliament for the SEVENTH time." 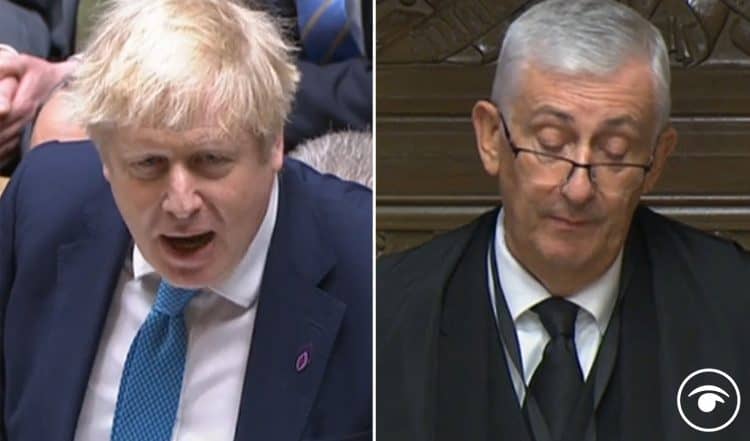 Lawyer Peter Stefanovic has shared a video that calls out the prime minister for repeating the same lie seven times.

Boris Johnson was formally reprimanded by the official statistics watchdog for the second time in a month this week.

The PM misleadingly claimed that there are now more people in work in the UK than before the start of coronavirus.

Sir David Norgrove, the head of the UK Statistics Authority, said, this was only the case if you considered only workers on payrolls, which was misleading, as it was more than offset by a drop in numbers of self-employed people – if you include them, the total is now 600,000 lower.

“If, as seems to be the case, your statement referred only to the increase in the number of people on payrolls, it would be a selective use of data that is likely to give a misleading impression of trends in the labour market, unless that distinction is carefully explained,” Norgrove told the PM.

Stefanovic has shared a video, calling for the Speaker of the House to get a grip of misinformation in Parliament.

He said: “In a week when we have never needed honesty in UK politics more @BorisJohnson repeated the same lie in Parliament for the SEVENTH time The Chair of @UKStatsAuth has now written to the PM (watch report) Is there seriously nothing you can do?”

Sir Lindsay Hoyle urged the Government Chief Whip to crack down on the level of shouting and barracking from Conservative MPs during Prime Minister’s Questions this week.

The Commons Speaker said a “disproportionate” amount of the heckling came from the Government benches during this week’s session.

He advised Chris Heaton-Harris to deal with “some of his crowd” which gather near the Speaker’s chair.

She insisted her question would have been delivered quicker without the barracking after Sir Lindsay encouraged her to reach a conclusion.

Related: Watch: Russia Today cites Farage as example of not everyone piling blame on Russia