Watch: Archbishop wants us to forgive Andrew…but people aren’t having it 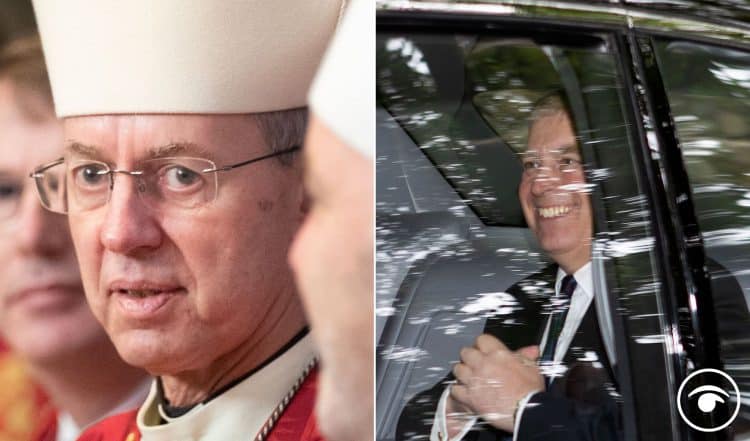 The Archbishop of Canterbury has suggested the disgraced Duke of York is “seeking to make amends” as he urged the nation to be more forgiving.

Just last week the Archbishop of Canterbury reacted to Sue Gray’s report on partygate by saying “we need to rediscover” good standards in public life.

Asked how the public should respond to Andrew after his appearance at the Duke of Edinburgh’s memorial service, Mr Welby said: “At a big public occasion the Queen is fully entitled to have one of her children supporting her.

“Secondly, forgiveness really does matter. I think we have become a very, very unforgiving society. There’s a difference between consequences and forgiveness.

“I think for all of us, one of the ways that we celebrate when we come together is in learning to be a more open and forgiving society.

“Now, with Prince Andrew, I think we all have to step back a bit. He’s seeking to make amends and I think that’s a very good thing.

“But you can’t tell people how they’re to respond about this. And the issues of the past in the area of abuse are so intensely personal and private for so many people. It’s not surprising there’s very deep feelings indeed.”