'Great to finally see some advice being given to MEN about preventing MALE violence! Yes!!!' 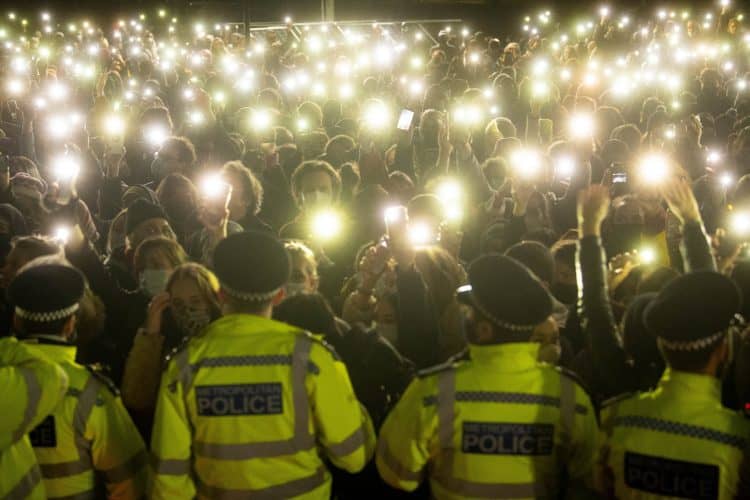 File photo dated 13/3/2021 of people in the crowd turn on their phone torches as they gather in Clapham Common, London, for a vigil for Sarah Everard. Former Metropolitan Police officer Wayne Couzens, 48, will appear at the Old Bailey in London, on the first day of a two-day sentence hearing after pleading guilty to the kidnap, rape and murder of Sarah Everard. Issue date: Wednesday September 29, 2021.

A new campaign urges men to consider whether or not they recognise themselves as “that guy” in a viral new campaign, created by Police Scotland.

It comes campaigner has joined calls for the Met Commissioner Dame Cressida Dick to resign, saying women are terrified and being “picked off like big game”.

Jamie Klingler, who co-founded Reclaim These Streets, spoke outside the Old Bailey as Wayne Couzens was handed a whole life sentence for the murder of Sarah Everard on Thursday.

She told PA news agency: “It’s the only appropriate sentence for such an abhorrent crime which had abuse of power at its core.

“But it doesn’t bring her back.

“No life sentence would have been enough.

“Her family’s tragedy does not end today.

“We would have been outraged had it not been a life sentence.”

Don’t be that guy

The Don’t Be That Guy campaign aims to tackle the issue of sexual violence by having frank conversations with men around sexual entitlement.

In the clip actors ask the viewer if they’ve ever done things such as make vulgar comments about women to their friends, send explicit photos to women in their DMs, or guilt-tripped, pressured, or pushed a woman into doing anything against their will.

The campaign received praise, with Rape Crisis Scotland tweeting: “Great to see a campaign from Police Scotland about sexual violence that puts the focus on the only people responsible: the perpetrators. Safety advice aimed at women won’t stop sexual violence, but changing men’s attitudes and behaviours can, so #DontBeThatGuy.”