"Nice to see crimes against Jaffa Cakes are viewed more seriously than assaults against women," wrote one exasperated Twitter user. 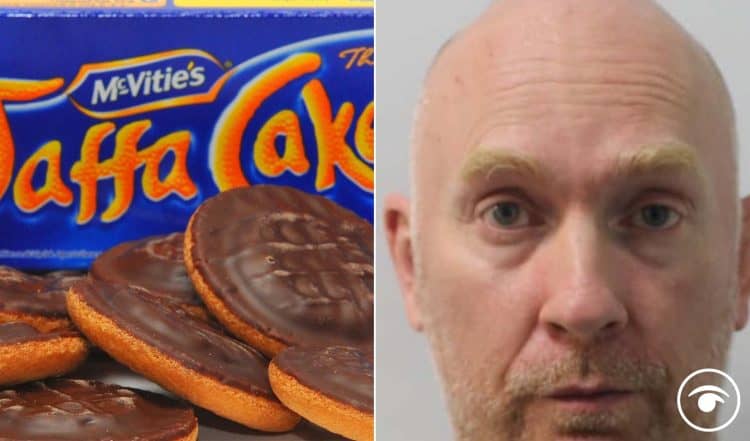 A police officer was sacked after taking two packets of Jaffa Cakes from a charity stall without paying full price, he got away with a 90pence five-fingered discount, reported the BBC.

The copper, PC Chris Dwye, only paid 10p for the confectionery, and then claimed he had paid the correct amount of £1.

The West Yorkshire officer, 51, later changed his story and said he could not remember what coins he had placed in the charity tin at Halifax police station.

Dwyer was given an instant dismissal on Thursday after a hearing found him guilty of gross misconduct and said his behaviour was “dishonest and of a criminal nature”.

Panel chairman Akbar Khan said PC Dwyer’s actions were an “abuse of trust” and had brought “discredit on the police and the service”.

He added: “The officer is solely to blame for his own conduct, which was dishonest and of a criminal nature.

“The nature of his dishonesty related to underpaying for items which proceeds were to support a charity to which he was fully aware.”

Staying in Yorkshire a police commissioner who sparked outrage after making comments about Sarah Everard’s murder has resigned hours after losing a no confidence vote.

North Yorkshire’s Police and Crime Commissioner Philip Allott decided to step down having initially said he wanted to try to regain the public’s trust, after what he admitted were “absolutely ridiculous” and “pathetic” comments he made in a radio interview.

More than 1,000 complaints were made after he said women should be more “streetwise” about powers of arrest and that Ms Everard should not have “submitted” to arrest by her killer Wayne Couzens, a serving police officer.

The Prime Minister was said to have been outraged by the comments, seen as being worse as Ms Everard’s family live in York, and they were considered by many as victim-blaming.

The news that a copper got sacked over a Jaffa cake incident but Wayne Couzens walked the streets with impunity has enraged many many people.