"I just love when Ant and Dec take the mick out of Boris," said one amused viewer. 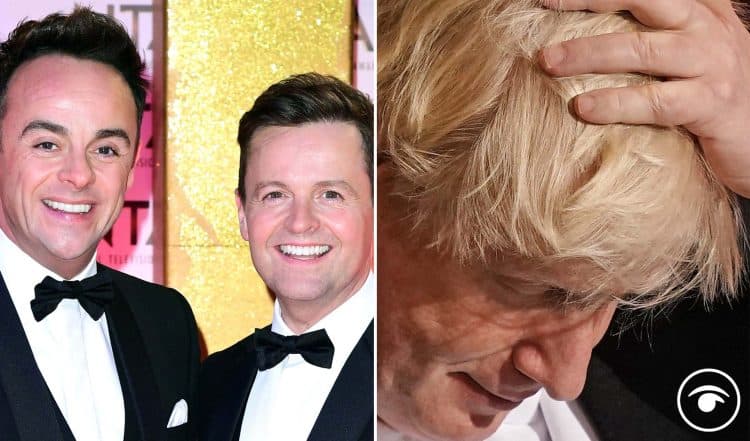 I’m a Celebrity viewers were left in hysterics last night after presenters Ant and Dec tore into the prime minister again.

At the start of the show Ant announced that the contestants had “elected a new camp leader”, as is custom on the show.

Donnelly asked McPartlin what the camp leader’s job is, to which he replied: “They look dishevelled, give easy jobs to their mates and make it up as they go along.”

Donnelly then leaned into the camera and cheekily said: “Evening, prime minister.”

That wasn’t the end of it though.

Referencing a question about the House of Lords that had featured in a Bushtucker Trial, Ant asked his co-host how you become a Lord, to which McPartlin said: “You just have to donate three million quid to the Conservative Party.”

This viewer seemed to sum up what a lot of people were thinking.

Not the first time

It’s not the first time the duo have made fun of bumbling Johnson.

In an episode aired on 22nd November, the pair ridiculed his gaffe at the Confederation of British Industry (CBI) conference, where the PM lost his place during the talk and referenced, bizarrely, Peppa Pig World.

Related: Watch: Tory MP’s facemask self-own will make him cover his face… with his hands