"Girl, this is not the time for your spoken word poetry." 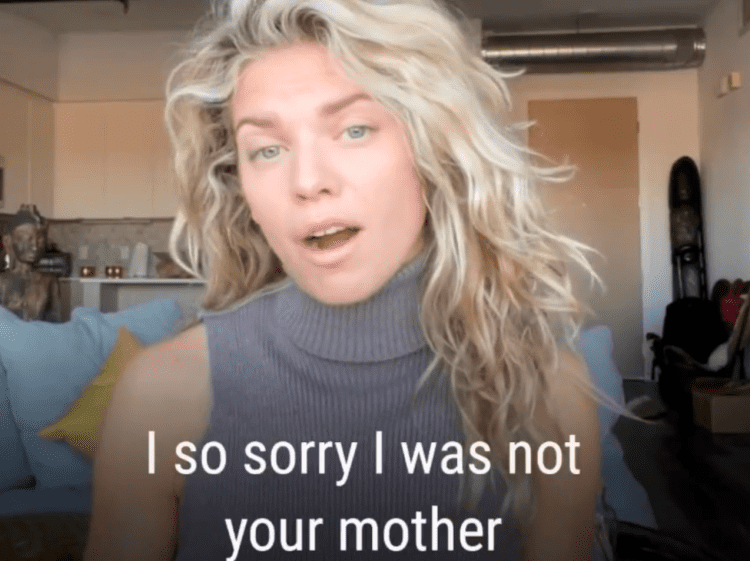 Remember during the pandemic when Gal Gadot and her rich celebrity pals sung John Lennon’s ‘Imagine’ and made the world remember how good the rich and famous have it, even during a global crisis.

Well, Gadot has been dethroned as the queen of cringe.

On Thursday, actress AnnaLynne McCord decided to join in on the discourse surrounding Russia’s invasion of Ukraine.

The 90210  actor McCord shared a video of herself reciting an original poem addressed to Russian president Vladimir Putin in which she blames the unfolding war on… his mother?

“Dear President Vladimir Putin, I’m so sorry that I was not your mother,” the 34-year-old actress begins. “If I was your mother, you would have been so loved. Held in the arms of joyous light. Never would this story’s plight. The world unfurled before our eyes. A pure demise of a nation sitting peaceful under a night sky.”

If she had been Putin’s mother, she says, “Perhaps the torture of unwrit youth would not within your hard imbue ascription to such fealty ‘gainst that world that you thought was so cruel. Perhaps you would hold dear human life, and on this night, instead of Mother Russia, you would call me.”

The video, viewed over 15 million times since McCord uploaded it, has been largely criticised by Twitter users.

Related: Watch: ‘So much excitement’ – Pakistan PM slammed for comment as he lands in Moscow