In 2016, Warburtons' boss said: “Brexit is a very good thing to have happened. We could either continue to be in the European Union and wait for it all to collapse around us, or we could make our own way out of it and crack on as an independent nation. We decided the latter.” 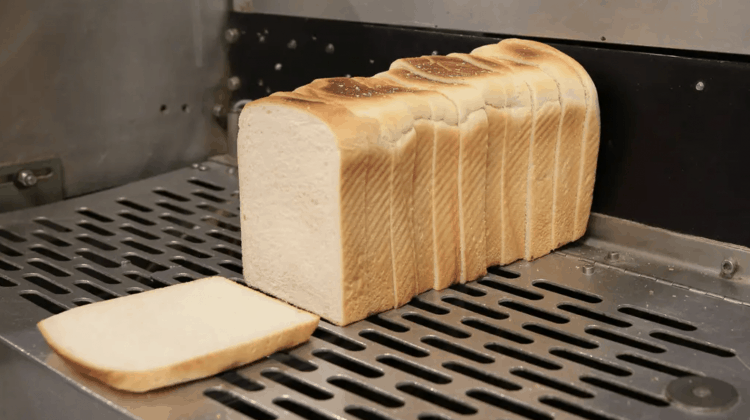 Warburtons is struggling to recruit lorry drivers to get its bakery products to supermarkets and shops.

The Brexit-supporting firm is the biggest baking company in the UK and delivers to 18,500 sites – including Tesco, Sainsbury’s, Asda, Morrisons and small convenience stores.

But it has been struggling to fill 160 lorry drivers vacancies and providing stock to shops since July, according to ITV.

‘Brexit is a very good thing’

Warburtons is now worried it will be unable to meet the high demand ahead of Christmas and has urged the government to bring drivers from abroad as well as speed up testing for new UK HGV drivers.

“The national driver shortage continues to place a strain on the Warburtons distribution network, but we are working incredibly hard to maintain a good level of service for customers nationwide,” a Warburtons spokesperson told ITV.

In April 2016, ahead of the EU referendum, the company’s boss, Jonathan Warburton told This is Money: “As a person I’m not a joiner, I don’t like joining clubs and therefore I’m quite confident we would be fine as a nation on our own because we are the fifth biggest economy.”

In November the same year, Warburton said: “Brexit is a very good thing to have happened. We are well out of the rotting corpse of Europe.

“We could either continue to be in the European Union and wait for it all to collapse around us, or we could make our own way out of it and crack on as an independent nation. We decided the latter.”

But facing supply chain issues in July, a spokesperson told The Grocer that while Warburtons were “managing to maintain a good level of service” for customers nationally, things were “more challenging” at a local level.

Earlier this month, the transport secretary insisted Brexit is part of the solution in the lorry driver shortages.

Grant Shapps said people who say Brexit is the problem behind the lack of HGV drivers “are wrong”, as the shortage continues to wreck havoc among supermarket shelves and petrol stations.

He told Sky News today that the problem is a “global one”,, suggesting Britain’s problems must not stem from Brexit and insisting the pandemic is the “principal cause”.

But although last month he said he did not support “using foreign labour” to tackle lorry drivers shortages, the government is now trying to attract 5,000 drivers from abroad to help until Christmas.

EU lorry drivers have rejected calls for them to come and work in the UK.

George Mihulecea from Bucharest, Romania, said “most of the drivers left because of work condition reasons” and that it is not “worth it anymore” to come to the UK.