Robinson said the goalposts keep changing over the current driver shortage crisis that has gripped a number of sectors. 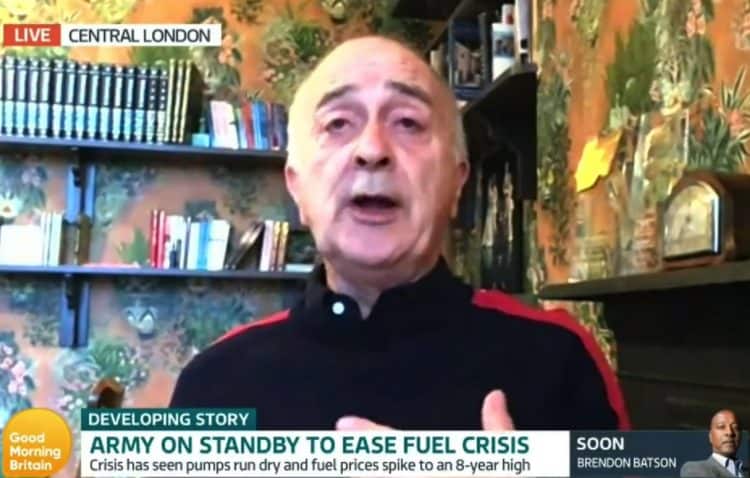 Tony Robinson hit out at Boris Johnson’s administration as he appeared on Good Morning Britain today.

The TV presenter said the prime minister “consistently told lies to his nanny because he knew he could get away with it”.

“And that kind of psychology is now at the heart of government.”

Robinson said the goalposts keep changing over the current driver shortage crisis that has gripped a number of sectors.

The army was today put on standby in preparation to deliver fuel in order to ease the chaos at petrol stations, even though the government said just yesterday that that wouldn’t be the case.

George Eustice said there was “no plans at the moment” to use the Army to drive petrol tankers and that there was not a shortage of fuel on Monday morning.

But by Monday evening the government had confirmed tanker drivers had been placed on standby to deal with the crisis, with business secretary Kwasi Kwarteng saying it is “right that we take this sensible, precautionary step.”

Irn Bru appears to be the latest company to suffer at the hands of the driver shortage.

According to its maker AG Barr it is struggling to make deliveries of its drinks due to the HGV and supply chain issues.