It comes after Conservative Party chairman Oliver Dowden warned Government-funded organisations that “if they go too woke, they risk going broke”. 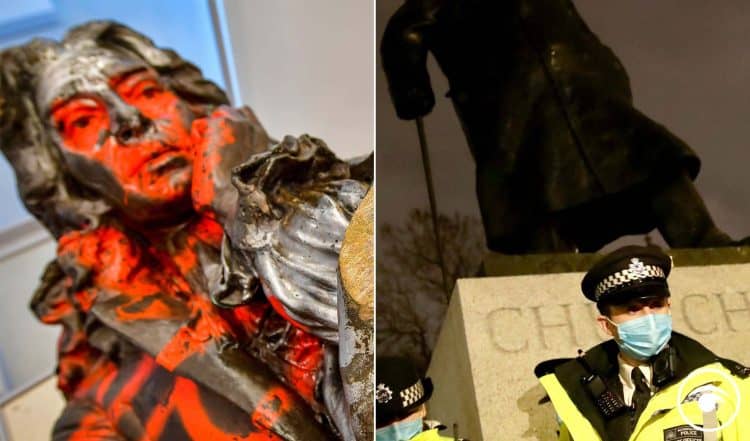 History is being altered through the tearing down of statues, renaming of streets, and the changing of school curricula without “a rigorous and non-partisan approach”, a new report has claimed.

A paper written by broadcaster Trevor Phillips and released by the Policy Exchange think tank on Monday claimed there was a “growing trend to alter public history and heritage without due process”.

And it argues that decision-makers should not give in pressure groups and activists too much of a say, instead arguing institutions “must pay due regard to the views and sentiments of those who support the institutions, including donors, members, volunteers and taxpayers” and alumni in the case of schools and universities.

A senior Government source called Mr Phillips’ report “an important and thoughtful contribution to the debate around our shared history, which we will be examining closely”.

They added: “Too many institutions are rushing to please a vocal minority when it comes to changing history.

“Instead, they should follow due process, the law, and pay attention to the concerns of the majority, including museum visitors, the taxpayer and other important stakeholders.”

The report, which has been submitted to the Department for Digital, Culture, Media and Sport, said: “Decisions about change should not unduly be influenced by what may be temporary shifts in public sentiment or taste.”

And that “overwhelming support” for change should be provable, whether that is changes to a school motto or the removal of a public statue.

The report recommended that who was making any decisions over “re-interpreting the past” should be clear, while any changes must be lawful.

And it also warned: “Public institutions can ultimately be held to account by the relevant Secretary of State.”

It comes after Conservative Party chairman Oliver Dowden warned Government-funded organisations that “if they go too woke, they risk going broke”.

At a Conservative Party conference fringe event at the start of October, he was challenged by one activist about his culture war and “anti-woke rhetoric” but Mr Dowden insisted his interventions were not “reactionary”.

Mr Dowden warned that some cultural organisations were “responding too much to this noisy and aggressive brigade of activists” who criticised aspects of British history.

Three museum bosses also backed the paper, including Victoria and Albert Museum chairman Nicholas Coleridge, Sir Ian Blatchford, the director of the Science Museum, and Dr Samir Shah, chairman of the Museum of the Home.

Mr Coleridge said the recommendations were “practical, rigorous and above all sensible”.

He said: “I am certain any board or institution would do well to study them carefully instead of arriving at some drastically hasty, prejudiced and wrongheaded decision.”

Sir Ian added it was a “resoundingly reasonable guide to achieving change that is thoughtful and sustainable, rather than anxious and panicked”.