"Will the Cabinet Ministers defending the PM never learn!" 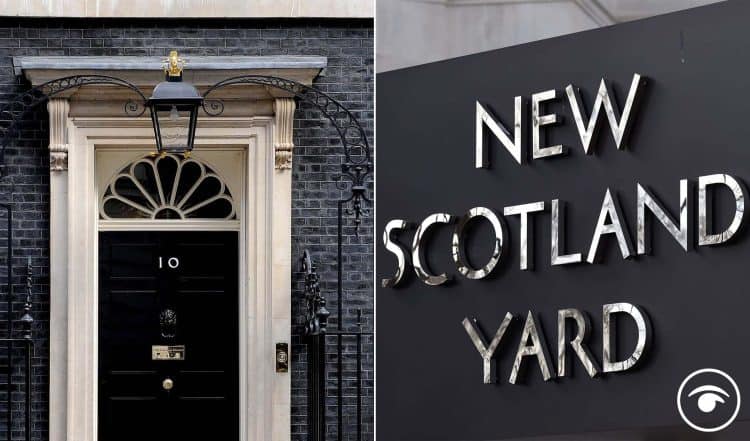 Detectives investigating lockdown parties in Downing Street are to send out questionnaires to people believed to have taken part, Scotland Yard has said.

It comes as a viral video recalls the time Education Secretary Nadhim Zahawi previously defended the PM because there was “NO alcohol on the table!”

Before the end of the week, officers from what has been named Operation Hillman will begin contacting more than 50 people thought to have been involved in events which are the subject of police inquiries.

The announcement came after the Metropolitan Police said they would be widening their inquiries to cover a quiz night in No 10 on December 2020 after a photograph emerged of Boris Johnson and colleagues near an open bottle of sparkling wine.

In a statement the Met said the questionnaire would ask for “an account and explanation of the recipient’s participation” in an event which is the subject of police inquiries.

Recipients will be advised that the questionnaire has “formal legal status” and that their response is required within seven days. In most cases the contact will be by email.

“It should be noted that being contacted does not mean a fixed penalty notice will necessarily be issued to that person,” the statement said.

“Nevertheless, if following an investigation, officers believe it is appropriate because the Covid regulations have been breached without a reasonable excuse, a fixed penalty notice will normally be issued.

“We understand the interest in and impact of this case, and are progressing the investigation at pace. We are committed to completing our investigations proportionately, fairly and impartially.”

Filmmaker Peter Stefanovic cannily picked out a clip of Education Secretary Nadhim Zahawi previously defending the PM because there was “NO alcohol on the table!”

Above the video he wrote: “Will the Cabinet Ministers defending the PM never learn!”

One of Peter’s previous videos has reached over 44 million views.