The newspaper declared February 24th 'Freedom Day' as people will no longer be required to isolate - even if they test positive for Covid. 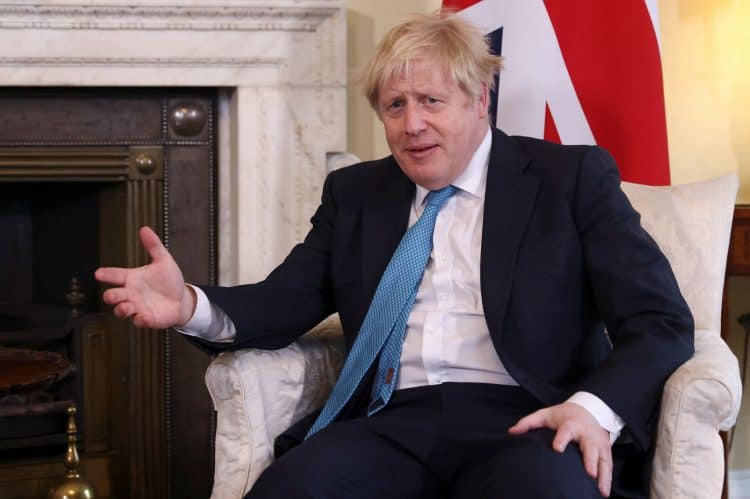 The final domestic coronavirus restrictions in England will be lifted within weeks, with people no longer required to isolate even if they test positive for Covid-19.

Johnson announced his intention to scrap the legal duty later this month, as long as “encouraging trends” in the data continue.

Downing Street said the move “shows that the hard work of the British people is paying off” but scientists and campaigners raised fears about the impact the change could have on clinically vulnerable groups.

Reacting to the news the Daily Mail said England “leads the World” in tearing up Covid rules, despite large numbers of people dying from the disease every week since Christmas.

Phillip Anderson, head of policy at the MS Society, was one of several experts to express concern at the prospect removing the remaining restrictions.

He said ending the restrictions will “heap yet more worry and confusion on thousands of immunocompromised people”.

“In the face of callous silence from a Government that should be focused on protecting them, they could feel forced to further isolate themselves from others, putting their wider health, wellbeing and livelihoods in danger.”

James Taylor from disability equality charity Scope, said:  “Scrapping self-isolation will mean that some disabled people will be feeling very anxious and could potentially be placed in situations that could prove deadly.

“Nobody should be forced to gamble with their lives, and we need the Government to explain to disabled people how they’ll be safe when this decision is introduced.”

Paul Hunter, professor of medicine at the University of East Anglia, said while there were grounds for optimism in the overall data on deaths and hospital admissions, he had concerns about the vulnerable and people who may not have responded as well to the vaccines.

“There needs to be robust procedures in place to ensure infections in this group are diagnosed early and antivirals are provided within hours of any positive result,” he said.

Last month the Telegraph slammed Jacinda Ardern and her ‘failed Covid strategy’ after she announced she had postponed her wedding due to the surge in Omicron cases.

Since the start of the pandemic, 53 people have died from Covid in New Zealand.

Conversely, 159,000 have perished from the virus in the United Kingdom.