Staff at University Hospital Ayr and Ailsa Hospital have been told to stay in their rooms, while a police chopper circulates overhead 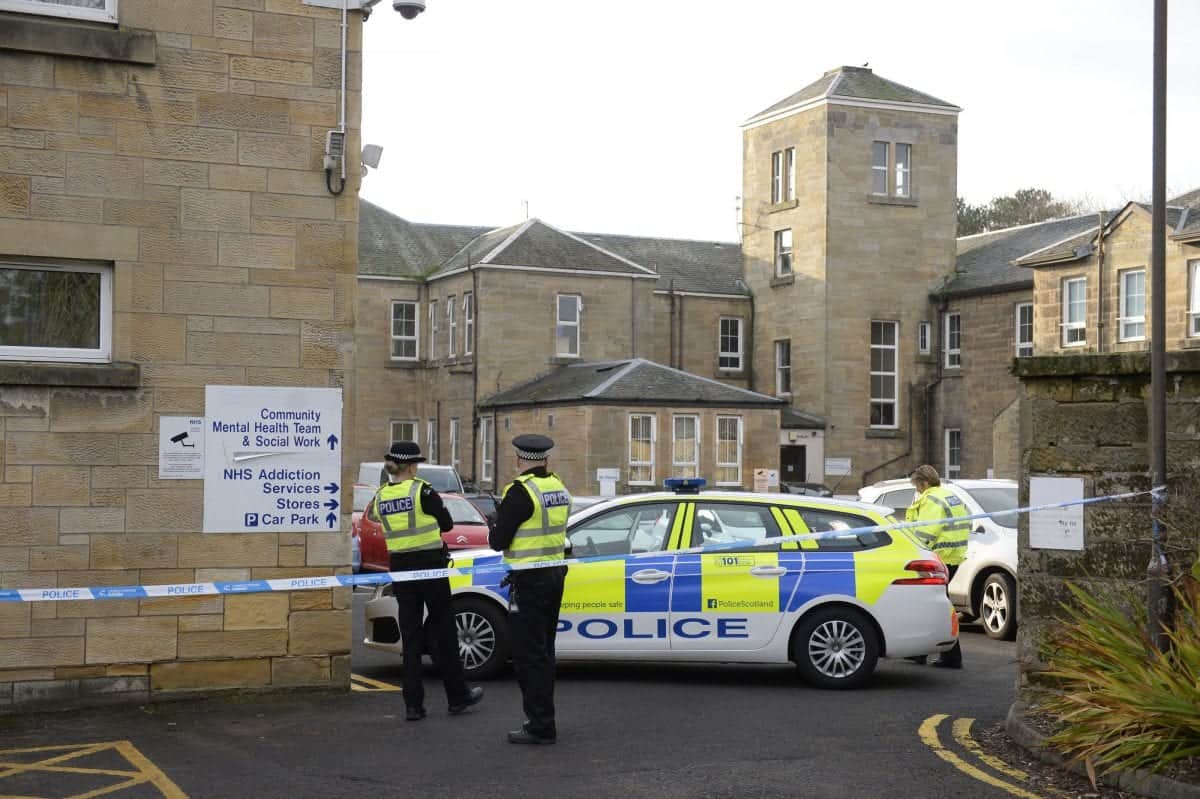 A Scottish hospital was placed in ‘lockdown’ today amid reports that a nurse had been stabbed by a knifeman in its grounds.

Staff at University Hospital Ayr and Ailsa Hospital, in Ayr, have been told to stay in their rooms, while a police chopper circulates overhead.

A woman was attacked in the grounds of Alisa Hospital just after 10am, and was rushed for medical treatment.

It is not yet known whether she was a patient, staff member or visitor – but no-one is being allowed out of the sites, which are on “lockdown”.

Cops are hunting the culprit amid reports the woman was stabbed.

A spokesman for Police Scotland said: “We received a report of an attack at 10.05am.

“Police received a report that a woman had been attacked in the grounds of the hospital.

“Emergency services are in attendance and local officers are being supported by a police helicopter and are currently conducting a search of the area.

A source at the hospital said: “We got a message saying the hospital is in lockdown and not to leave our rooms as there’s been a stabbing.

“The helicopter is out overhead. It doesn’t seem real.”

A spokesman for NHS Ayrshire and Arran said: “Due to an incident on the grounds of Ailsa Hospital earlier today, Ailsa Hospital and University Hospital Ayr campus are on full lockdown.

“No members of staff, patients or visitors will be able to leave the sites until advised.

“A further update will be given as soon as possible.”