A British woman is stranded in India and fighting for her life after she was bitten by a mosquito while on holiday. Balvinder Singh, 35, flew out to India last month to attend a family wedding and a month-long holiday but fell ill just two days before she was due to return home. The mum-of-three […] 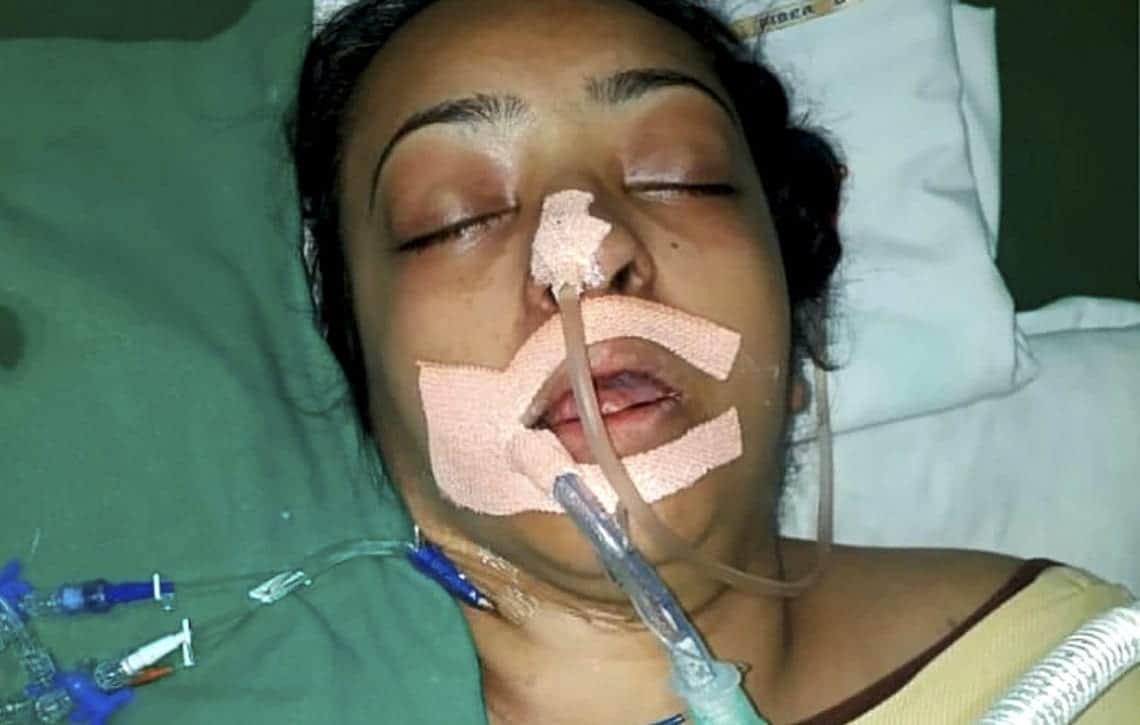 A British woman is stranded in India and fighting for her life after she was bitten by a mosquito while on holiday.

Balvinder Singh, 35, flew out to India last month to attend a family wedding and a month-long holiday but fell ill just two days before she was due to return home.

The mum-of-three suffered vomiting and diarrhoea and was rushed to hospital when she started having seizures, where she had a heart attack and organ failure.

Two weeks on, her distraught family claim she’s trapped there and they need £75,000 to being her back to her home in Dulwich in South London, for better treatment.

Her cousin Chandni, 28, who is currently looking after her three kids, said: “It’s been an absolute shock for the family.

“The kids have been affected the worst and have been crying out for their mum and are in a desperate shock, it’s very heartbreaking.

“We don’t know when she is going to come back to the UK, we really want to know but just cannot at the moment.

“We are praying that she will pull through, we are getting about 50 phone calls a day about her.”

Balvinder flew out to New Delhi for her cousin’s wedding on October 7 and had been due to return on November 9, and didn’t take out travel insurance.

Just a week in, she started to experience vomiting and diarrhoea and thought it was just due to drinking the water.

Chandni said: “She didn’t take out travel insurance because she never thought that anything could go wrong.”

But she started having seizures in bed on November 7 and was rushed to hospital, and has since been diagnosed with meningitis TB.

Doctors have told her family that they believe she contracted it following a mosquito bite.

“After she was admitted, doctors found that the seizures were due to her becoming hypoxic (deprived of oxygen) and has also suffered a heart attack and had to be heavily sedated as a result,” said Chandni.

“This could have now possibly left her with brain damage.

“We found out that the vomiting and diarrhoea had led to her vital organs, such as kidney and liver, to overcompensate which led to the partial organ failure.”

Her husband Sukvinder, 37, has flown out to be at his wife’s bedside in Chandigarh in the Punjab region of India, leaving the children in the care of cousin Chandni and her sister Rajani.

Chandni said: “After their dad left, the kids have been constantly panicking about what each day will bring.

“When I take them around the local area, they tell me ‘mummy used to take us here.”

After numerous tests, doctors diagnosed her with meningitis TB on November 14.

Chandni said: “Since the diagnoses, she has been put on ventilation to support her breathing.

“Doctors have told us that it may be caused by a mosquito bite, however, they have not fully explained what she has suffered from.”

Since receiving the news, the family has set up a JustGiving page to help raise funds to support her treatment.

Chandni said: “It’s costing £800 a day for her treatment abroad after 12 days and we are now running out of money.

“We need to raise money so that the treatment can carry on out there so once she is stabilised and taken off the ventilator we can bring her back home to her kids and she can receive treatment here with all her family around her.”

Her son Harmeet, 12, has pleaded for help via an emotional YouTube video.

He said: “My mum, she went abroad and got really sick.

“She is in hospital in India and very critical and nearly died.

“For her treatment to keep her alive she needs money and my family have given us all they can and it’s not enough.

“We need more money. Please donate and share this video.

“Anyone who knows me knows what I am going through.”

A Foreign Office spokesman: “We are assisting a British woman and her family following her hospitalisation in India, and are in contact with staff at the hospital she has been admitted to.”