"We hope to host them for as long as it's needed," the Romanian host said. 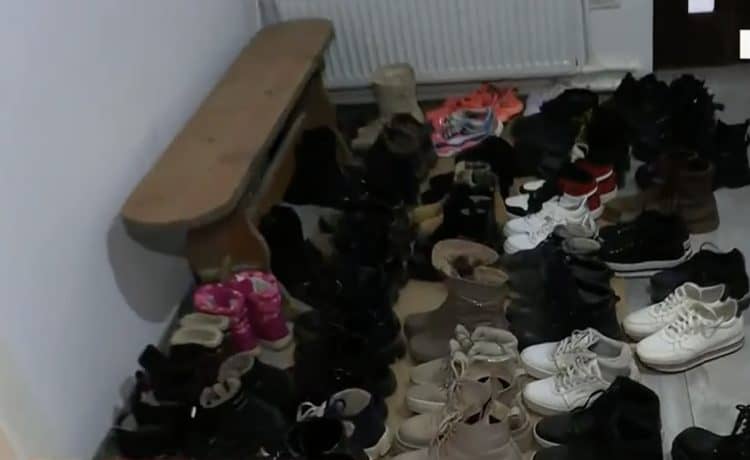 A Romanian couple has hosted dozens of Ukrainian refugees in their home, prompting a journalist to say they restored his “faith in humans”.

CNN reporter Miguel Marquez said 31 asylum seekers from Ukraine are being sheltered by a family living in a village just south of Bucharest.

The couple hosting them under their roof have so far received a total of 61 people fleeing the war with Russia – free of charge.

“They are finding Romanians who are happy to help them, not only is the city of Bucharest opening up temporary shelters across the city but places like where we are standing, about an hour south of Bucharest right now,” Marquez said.

He added: “31 Ukrainians stay in this Romanian home right here.

“I want to just peek in this door and show you a bit about what life is like. This gentleman has a giant family. The people who own this house have put up about 61 Ukrainians so far.”

Marquez pointed out they received “many, many donations” before chatting to host Alina Greavu and eight volunteers helping her manage the high number of refugees.

Responding to questions on how long she may be able to leave her door open to Ukrainians, she said: “We hope it will be as long as it needs, we don’t know what’s about to happen with the war in Ukraine.

“We’ve been doing this for only two weeks and we’ve been helping until now 61 refugees, 30 of them already left to other countries, and now it’s 31 people.”

Marquez pointed out it can be particularly complicated to care for a high number of people as they are likely to have different circumstances and needs – and gave the examples of a Nigerian who was studying in Ukraine and a woman who has cancer, both of whom have been hosted by Greavu.

“It is very difficult because we became their family and their friends, they woke up in a country, they don’t speak the language, they have no idea about the culture, and most of them are frightened about their future,” Greavu admitted.

She added: “So we assist them in all their needs. We take them to the embassy, to the hospital, we shop for them. We have med students who help us find the equivalent of Ukrainian medicine in Romania so they can continue their treatment.

“It is very difficult, we have toddlers, small babies, elderly people over 70, students, families, singles, so we do our best to help them all. We never know what’s about to happen, that’s why I need so many people to help me around.”