'You won't give a pound to a homeless person.' 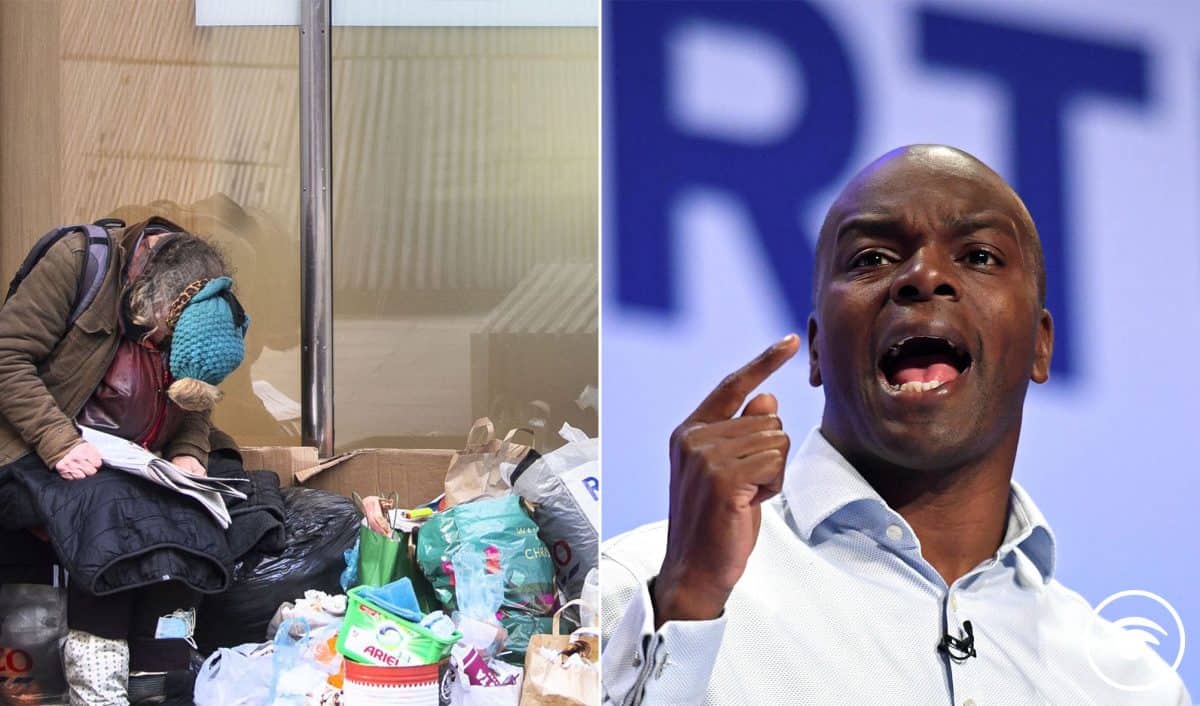 More than 3,000 people were seen rough sleeping on the capital’s streets during the third coronavirus lockdown, figures show.

It comes as a video posted to Twitter yesterday, showed Tory London mayoral candidate filmed ‘walking away from homeless person.’

In a video posted to Twitter yesterday, he is shown telling a woman asking for money in the street: “I haven’t got any change.”

Someone is heard saying: “Shaun, do you just want to pop over here?” – before he turns his back and walks away, reports The Mirror.

The man filming the video is heard saying: “You wouldn’t give a pound to a homeless person? I’ll give her a pound for you”.

Mr Bailey appears to say “Good”, before walking away down the street.

This ladies & gentlemen is Shaun Bailey , candidate for Mayor of London!

A young homeless woman tells him she’s so hungry her tummy hurts & he tells her he ain’t got no change!

The PR team get him out quick smart once they know a cameras on him ?#VoteConservative ??? pic.twitter.com/RVG86Xbb5p

Some 3,002 rough sleepers were identified by outreach teams in London between January and March, according to data from the Combined Homelessness And Information Network (Chain).

More than half (52%) of these were sleeping rough for the first time, and 11% were known to be permanently living on London’s streets, the figures show.

The total number of rough sleepers recorded during this quarter was down almost a fifth (19%) from the same quarter in 2020 and down 9% from September to December.

In January, as the country entered its third lockdown, the Government urged local authorities to “redouble their efforts” to safely accommodate people sleeping rough as part of the Everyone In initiative.

The Chain figures show that 1,587 people were placed in emergency accommodation between January and March, up 72% from the last quarter.

The Salvation Army said the fall in rough sleepers reflects the success of these efforts, warning that numbers will creep up if support structures in place because of the pandemic are removed.

Lorrita Johnson, the Salvation Army’s director of homelessness services, said: “Although real progress was made as part of the Everyone In initiative and other schemes to help prevent and relieve homelessness during the pandemic, it is vital we keep up the momentum and ensure long-term investment for homelessness services.

“This is key as an economic downturn is likely to mean more people are forced to sleep on the streets in the coming months and years.”

The charity Crisis warned that vulnerable groups are still falling through the cracks, particularly people with no recourse to public funds (NRPF) amid confusion over whether they can be lawfully supported.

Crisis urged councils to heed a recent High Court ruling on the matter, which said rough sleepers who would not usually be eligible for help can be given emergency housing during the pandemic.

Crisis chief executive Jon Sparkes said: “It’s deeply concerning that we entered the new year and a third national lockdown with over 3,000 people sleeping on our streets and 316 people forced to live this way day after day.

“Rough sleeping at any time is unacceptable, but we must remember this was when coronavirus cases were rapidly accelerating, and temperatures were freezing meaning this situation was all the more dangerous and deadly.

“While fewer people were sleeping rough during this time due to councils going to great lengths to get everyone in, people did continue to fall through the cracks, largely because of their immigration status.

“The same issue persists today so we must stress that while the threat of the virus remains among us, we urge councils to continue to provide everyone with a safe place to stay in line with the recent High Court judgment.”

A spokesman for the Ministry of Housing, Communities and Local Government said: “We have so far housed 37,000 people during the pandemic through our ongoing Everyone In initiative, and we expect councils to continue ensuring all rough sleepers are safely supported.

“We continue to work with councils, charities and other partners to protect the most vulnerable and are providing over £750 million this year alone to tackle homelessness and rough sleeping.”