"I don't think people realise how difficult society makes it for people to get back on their feet." 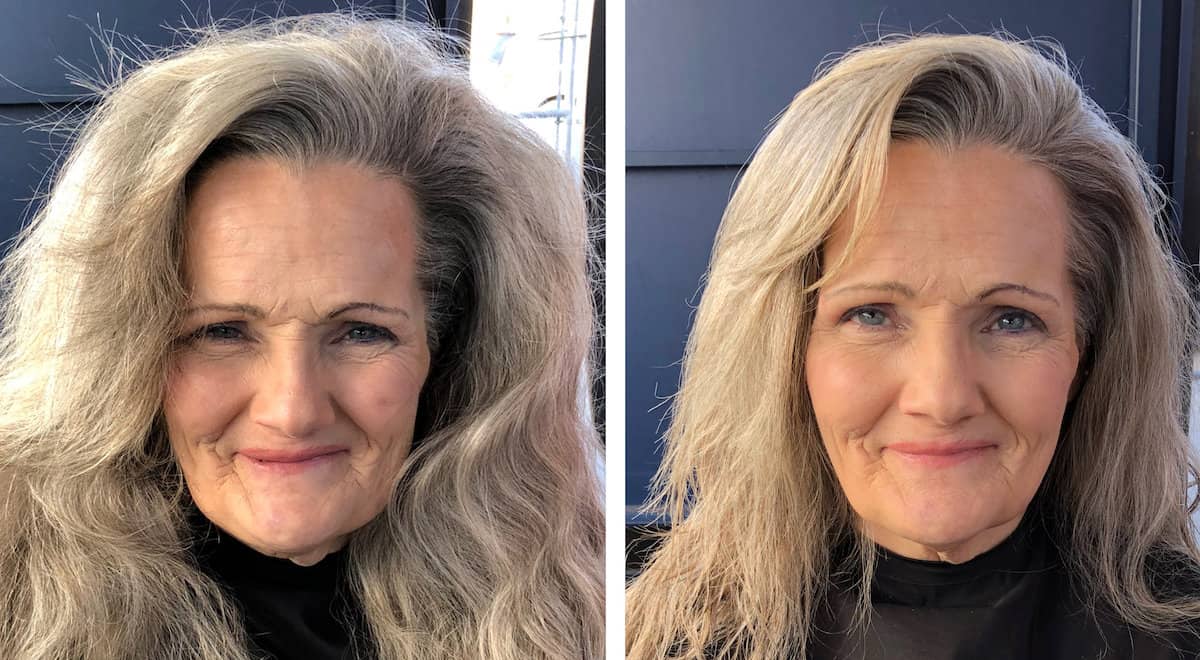 This non-profit is offering free, salon-quality haircuts and mani-pedis to homeless people, to help them get jobs.

Cloud Covered Streets has given more than 1,600 haircuts to homeless people in Phoenix, Arizona, since last August.

The charity has a trailer with professional hairdressers and manicurists on hand, three showers, a laundry station, iced water and snacks.

They also give out new underwear, clothes and shoes.

Founder Robert Thornton, 43, explained that the ability to wash is essential for homeless people to find employment and get off the streets.

“If they are dirty and they haven’t had a shower and their hair is disheveled, there’s no way they’ll find a job.”

“As your hygiene deteriorates, any mental health issues you might have will accelerate,” he said.

The hairstylists who volunteer their services are consummate professionals who work in high-end salons where a haircut usually costs around $80.

Robert said: “Our stylists Chelsea and Elena treat each guest like they are working for a tip out of this person.

“They are giving them a haircut that would usually cost $80.

“A lot of these people literally have gone years since getting a professional haircut.

“Any haircut they get will be from someone else on the street who has some clippers or a pair of scissors.

“One of our amazing volunteers gives manicures and pedicures, she gets down on her hands and knees to look after their feet.”

“We hire individuals who have experienced homelessness to run our trailers and they lead the guests to the shower,” Robert said.

“They have 13 minutes in the shower and when there is two minutes left, we knock on the door.

“They can get a haircut and we have iced water and a bunch of different foods and snacks.

“After they’ve finished the shower, they get a hygiene bag with sunscreen, deodorant and shampoo – everything they need to maintain their hygiene until the next time they see us.”

“We have been very fortunate. As of right now, we haven’t had anyone report back to us that they caught COVID from our trailers,” Robert said.

In the last four months 11 homeless people who have used the service have found full time employment.

They have found work at a nearby Amazon warehouse, a grocery store, an auto shop, and a cabinet-making company.

“I don’t think people realise how difficult society makes it for people to get back on their feet,” said Robert.

“The second question on any job application is: ‘What is your address?’

“So many job applications are done online – homeless people do not have internet access.

“We have been fed this narrative that every person on the streets is an alcoholic, a drug addict, that they are scary people.

“In fact, a lot of people end up on the streets after the loss of a loved one.

“There are people who want to be off the streets, working a full time job, in a house of their own.”

The non-profit will be opening another trailer by late April which will be located in Fort Worth, Texas.