It will be a “stain on the reputation of the West” for at least a lifetime, he said. 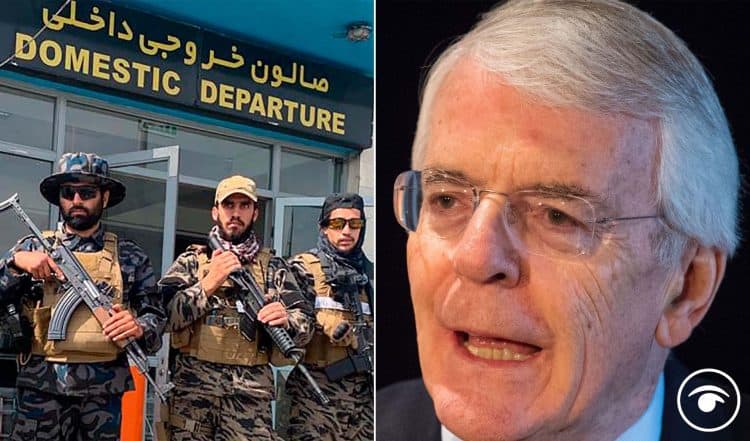 Withdrawing from Afghanistan was “strategically very stupid” and the failure to evacuate all Afghans who worked for Britain was “shameful”, former prime minister Sir John Major has said.

The Conservative said on Saturday the move to pull out allied troops “abruptly and in my view unnecessarily” will be a “stain on the reputation of the West” for at least a lifetime.

Sir John’s excoriating criticism came after Foreign Secretary Dominic Raab returned from his diplomatic tour to try to assist those left behind after the Taliban took over Afghanistan.

Thousands of Afghans who helped British efforts there, their relatives and other vulnerable civilians, are feared to have been left behind after the US decided to pull out its troops.

“I think it was shameful that we weren’t able to take out those who had worked for us in one capacity or another, or who had worked carrying out the changes to Afghanistan that the Taliban won’t approve of.

The former prime minister rebuked US President Joe Biden for insisting his troops had to leave the nation so swiftly by the hard deadline of the end of August after two decades in Afghanistan.

“The fact that it was left in that fashion will leave a stain on the reputation of the West that will last for a very long time and certainly through the whole of the lifetime of those people in Afghanistan whom we have returned to Taliban rule,” Sir John said.

Mr Raab, who has been criticised for holidaying in Crete in August as the Taliban swept to power, has been unable to say how many Afghans were left behind.

More than 8,000 former Afghan staff and their family members were among the 15,000-plus people evacuated by the UK since August 13.

But up to 1,100 Afghans deemed eligible were estimated to have been left behind, though that figure will fall short of the true number the UK would wish to help.

The Foreign Secretary this week blamed intelligence for the UK being caught out by the speed of the Taliban’s takeover.

But Mr Wallace said that he argued in July that the “game was up” in Afghanistan and suggested “it’s not about failure of intelligence, it’s about the limits of intelligence”.

Mr Ellwood, the chair of the Commons Defence Committee, said the UK has “caused further reputational damage in the unattractive blame game over Afghanistan that has played out so publicly between the Ministry of Defence and the Foreign, Commonwealth and Development Office”.

“This unseemly, unprofessional squabbling must stop,” he wrote in the Observer.

The Foreign Secretary held talks in Pakistan in order to discuss British nationals and Afghan citizens crossing the land border in order to find safety.

He also visited Qatar for talks about reopening Kabul airport in order to resume evacuations.

With Parliament returning from its summer recess on Monday, Mr Raab and Boris Johnson are expected to come under renewed pressure to explain their response to the crisis and how they will help more people leave the country.

Either the Prime Minister or the Foreign Secretary is expected to give a statement to the Commons during the week.

Related: Watch: ‘They will just kill me’ – Interpreter hiding in Afghanistan pleads for help