Mr Ashoori said he is unsure whether he will meet the Prime Minister who he said did not even spare five minutes to call his family while he was jailed in Iran. 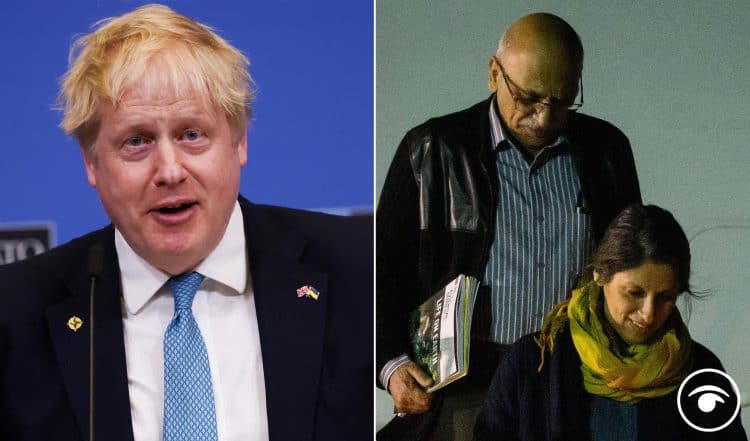 Anoosheh Ashoori has accused Boris Johnson of opportunism after the Prime Minister asked to meet with him following his release from detention in Iran.

The 68-year-old husband and father, a retired civil engineer, was arrested in August 2017 while visiting his elderly mother in Tehran.

He did not return to the UK until last week when he touched down at Brize Norton on the same plane as charity worker Nazanin Zaghari-Ratcliffe.

Mr Ashoori said he is unsure whether he will meet the Prime Minister who he said did not even spare five minutes to call his family while he was jailed in Iran.

Appearing on Sky News’ Beth Rigby Interviews, Mr Ashoori said his wife Sherry Izadi did not get a response from Mr Johnson when she contacted him about her husband’s case.

Mr Ashoori also told the broadcaster about a voice message he himself sent Mr Johnson, explaining: “That was during the time of the Covid that I was angry because at the same time I was blaming those who had captured us I was blaming the British government, why don’t you do anything about it?”

He added: “I was really angry and that’s why I decided to send that voice message hoping that it would make a change.”

Asked about whether his wife got a response, Mr Ashoori said: “No and it took Richard a hunger strike.”

Richard Ratcliffe, the husband of Mrs Zaghari-Ratcliffe, went on hunger strike twice during his wife’s detention.

Asked again whether his wife had heard back from Mr Johnson, Mr Ashoori said: “No. Unfortunately. She made many attempts and all of them were unsuccessful.”

Now Mr Johnson wants to meet them, according to Mr Ashoori.

“Last night we received a letter, now he’s eager to see us. How would you interpret that?” he said on the programme.

Asked how he feels about it, Mr Ashoori said: “I think that it’s a bit of opportunism involved in it at the same time as all of this has happened under his command.

Asked if he will see Mr Johnson, he said: “I’m not sure.”

Mr Ashoori said he “100%” agreed with what Mrs Zaghari-Ratcliffe had said during a press conference about how she should have been released six years ago.

Mr Ashoori said: “I agree with Nazanin 100%. She in fact put her finger on the right button by saying that.

“She should have been here years ago if that debt was paid. That wasn’t a ransom that was a debt that the British government owed.

“It should have been paid and if it was paid perhaps none of this would have happened. So yes, I feel a bit angry.”

Mrs Zaghari-Ratcliffe said it had taken too long for the Government to pay a £400 million debt to Iran, which helped secure her release.

Speaking about his time in Evin Prison, Mr Ashoori said: “Literally that was the valley of hell.

“Because in addition to your own suffering you see the suffering of all the people who are around you.

“Each of them in their own different way. Marriages are breaking up. Families are disintegrating.

“And I was reasoning with myself that when I know that I am innocent I am here, so everybody else can be innocent and be there.”

– Beth Rigby Interviews… is on Sky News at 9pm on Thursday. Also available on the Sky News YouTube channel.