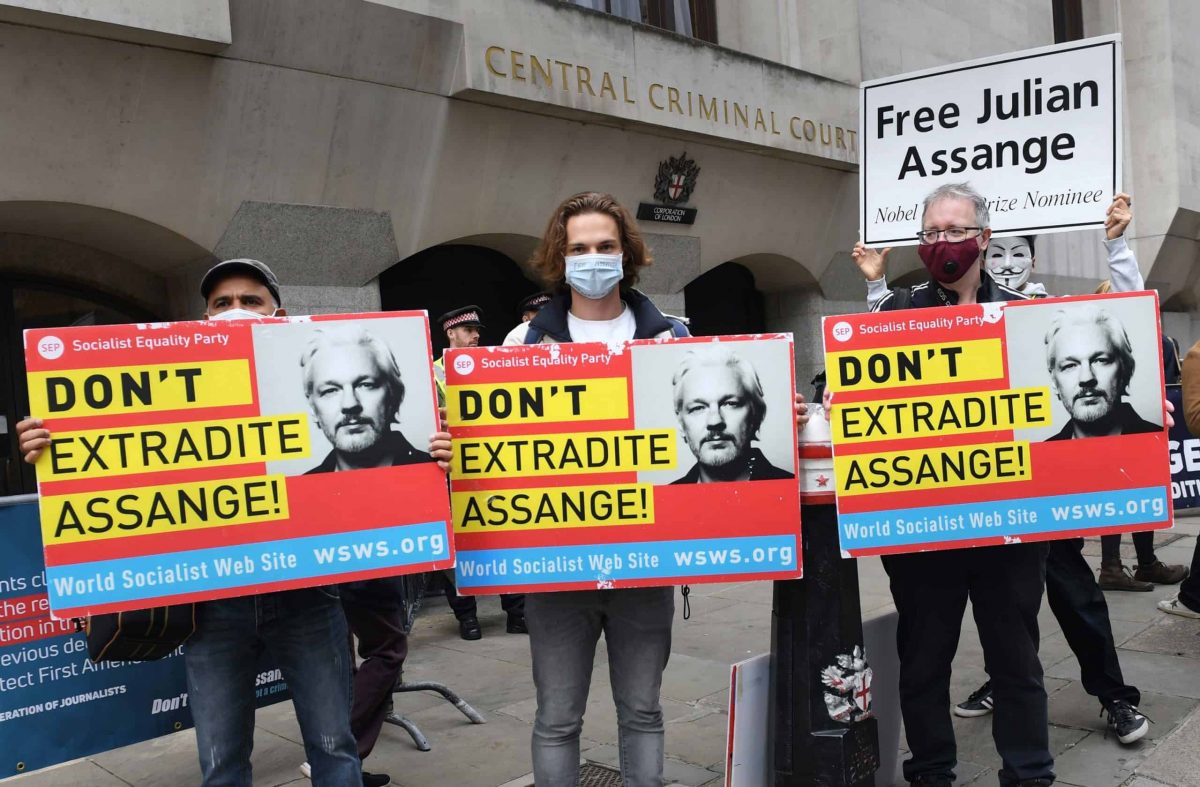 Julian Assange was bugged in the toilet at the Ecuadorian embassy at the request of “friends in America”, who even discussed kidnap or poisoning to bring the stalemate over the WikiLeaks founder to a close, a court has heard.

Assange had sought refuge at the London embassy for seven years from 2012, fearing he would be pursued over the publication of thousands of classified documents.

His extradition hearing at the Old Bailey on Wednesday heard from two anonymous witnesses who had worked for a Spanish firm with a contract at the embassy.

One of the witnesses said: “On one occasion around December 2017, Morales said the Americans were desperate and suggested more extreme measures to put an end to the situation, suggesting the door in the embassy would be left open, allowing people to kidnap him from outside, and even the possibility of poisoning him was discussed.

The court heard how UC Global had a contract with Ecuador from 2015.

In 2016, Mr Morales travelled to Las Vegas where he showcased UC Global and obtained a “flashy contract” with a wealthy associate of Mr Trump, it was alleged.

Afterwards, he announced to the office: “We will be playing in the big league.”

A witness said: “He entered into arrangements with US authorities to supply them with sensitive information about Assange and the president of Ecuador.”

The second witness, employed as an IT expert from 2015, recalled Mr Morales saying they were moving into the “premier league” having “gone to the dark side”.

Mr Morales allegedly told staff they were being vetted by “our friends in America”, so everything confidential should be encrypted.

Once Mr Trump won the US election in late 2016, the collection of information intensified and Mr Morales became “obsessed with obtaining as much information as possible”, the court heard.

The witness said they were told to form a task force at the firm’s headquarters in Spain and security cameras with sophisticated audio recording capacity were installed at the embassy.

Around June 2017, Mr Morales instructed that the cameras should allow streaming so “our friends in the US would be able to gain access to the interior of the embassy in real time”, it was alleged.

The witness, who refused, saying it was illegal, suggested that English instructions on how to do it were provided by a third party, possibly US intelligence.

In 2018, the witness was told to travel to London to install microphones including a fire extinguisher in a meeting room and in a toilet at the embassy where Assange met people.

The aim of bugging the embassy was to record meetings with visitors, specifically lawyers, as “that was required by our US friends”.

The witness was asked to take pictures of “decorative objects” in a meeting room that could be used to conceal bugs, the court heard.

Personnel were asked to obtain Assange’s fingerprint from a glass imprint, it was alleged.

The witness also stated they were asked by Mr Morales to steal the nappy of a baby that regularly visited Mr Assange, to establish paternity.

Instead, the witness revealed the plan to the child’s mother.

The recordings were taken personally by Mr Morales to the US, the court heard.

At the end of 2018, Assange’s lawyers requested material possessed by UC Global.

It was alleged Mr Morales proceeded to remove all the material from “Operation Hotel”, the name of the contract.

On Tuesday, Judge Vanessa Baraitser granted the two witnesses the same anonymity as approved by a Spanish court, amid fears for their safety.