“This excoriating judgment could not have come at a more significant moment when we hear the details of the horrendous murder of Sarah Everard by a serving Met police officer, who used deceit with the opportunities of his job to entrap her." 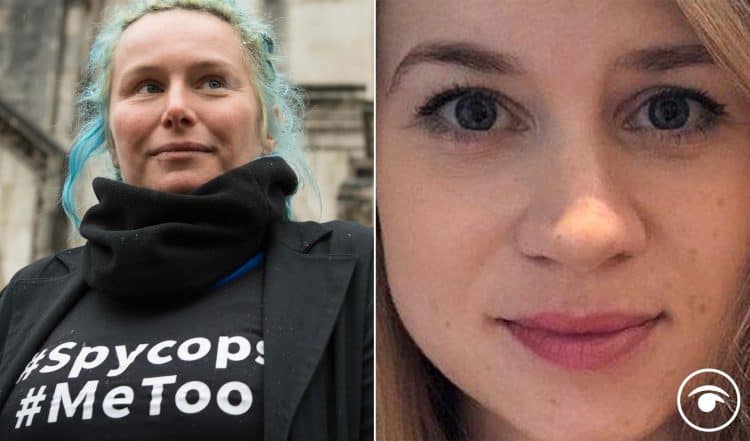 An environmental activist who was deceived into a nearly two-year relationship with an undercover officer has won a landmark tribunal case against the Metropolitan Police for breaches of her human rights.

Kate Wilson, 41, began a relationship with Mark Stone shortly after first meeting him in 2003 and had a “whirlwind romance” for over a year before they split amicably in 2005, when she moved to Spain.

In 2010, Ms Wilson found out he was a married police officer called Mark Kennedy, who had been sent to spy on activists as part of the Met’s National Public Order Intelligence Unit (NPIOU).

Kennedy had sexual relationships with as many as 10 other women during his deployment, including one with a woman known only as “Lisa” which lasted for six years before she discovered a passport in his real name.

He was one of half a dozen undercover officers from the NPIOU or its “sister unit”, the Special Demonstration Squad (SDS), who Ms Wilson came into contact with between 1998 and 2010.

The Met and NPCC accepted Kennedy’s actions amounted to a breach of those rights, but they denied that other officers, apart from Kennedy and his cover officer, knew or suspected Wilson was in a sexual relationship with Kennedy.

However, in a ruling on Thursday, the IPT found the Met’s claims undercover officers (UCOs) knew sexual relationships were banned were “materially undermined by the sheer frequency with which [Kennedy] (and other UCOs) did conduct sexual relationships without either questions being asked or action being taken by senior officers”.

“We are driven to the conclusion that either senior officers were quite extraordinarily naive, totally unquestioning or chose to turn a blind eye to conduct which was, certainly in the case of [Kennedy], useful to the operation,” the tribunal added.

The IPT also found the Met and NPCC’s failure to guard against the risk of UCOs entering into sexual relationships with women amounted to unlawful discrimination against women.

The tribunal concluded: “This is not just a case about a renegade police officer who took advantage of his undercover deployment to indulge his sexual proclivities, serious though this aspect of the case unquestionably is.

“Our findings that the authorisations under [the Regulation of Investigatory Powers Act 2000] were fatally flawed and the undercover operation could not be justified as ‘necessary in a democratic society’ … reveal disturbing and lamentable failings at the most fundamental levels.”

In a statement, Wilson said: “The events in my case happened years ago, however the failure of the police to protect women from sexual predators within their own ranks, and police attempts to criminalise protesters, are both still very live issues today.”

She added: “We need to tackle the misogyny and institutional sexism of the police, and there needs to be a fundamental rethink of the powers they are given for the policing of demonstrations and the surveillance of those who take part.”

Harriet Wistrich, director of the Centre for Women’s Justice who previously represented Wilson, said: “This excoriating judgment could not have come at a more significant moment when we hear the details of the horrendous murder of Sarah Everard by a serving Met police officer, who used deceit with the opportunities of his job to entrap her.

“What is it going to take to transform the culture of policing so that resources are used to protect women from abuse from violence, not to abuse them?”

A statement issued by the Metropolitan Police and NPCC said: “We accept and recognise the gravity of all of the breaches of Ms Wilson’s human rights as found by the Tribunal, and the Met and NPCC unreservedly apologise to Ms Wilson for the damage caused, and the hurt she has suffered from the deployment of these undercover officers.

“Some of the breaches related to a sexual relationship.

“A Met officer, Mark Kennedy, was seconded to the now-disbanded National Public Order Intelligence Unit as an undercover officer from 2003-2010.

“During his deployment, and in his cover identity of ‘Mark Stone’, he began a sexual relationship with Ms Wilson.

“Mark Kennedy resigned from policing in 2010.

“As those apologies made clear, the Met and NPCC acknowledge that the sexual relationship was wrong, it was an abuse of police power and violated Ms Wilson’s human rights.

“It caused Ms Wilson significant trauma and demonstrated failures in the way Kennedy was supervised and managed.”