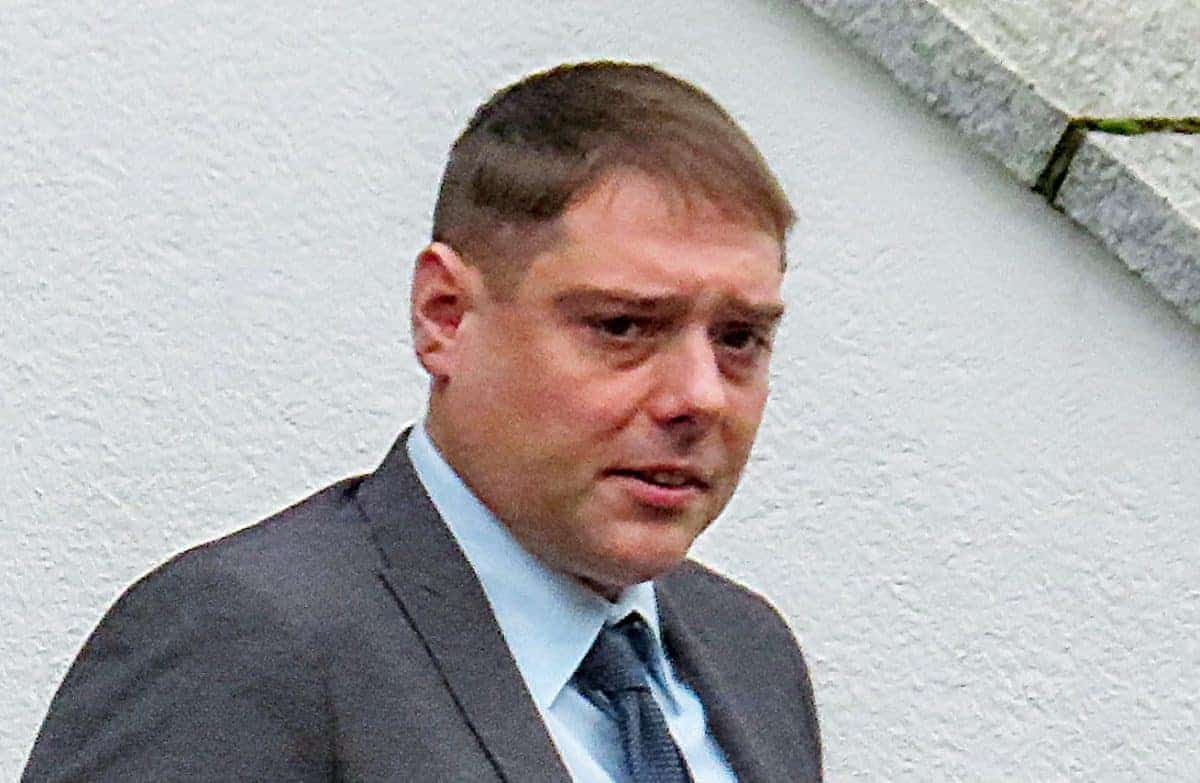 A married paedophile was nailed in an elaborate sting when a 13-year-old girl he was grooming online turned out to be an undercover police officer.

Andrew Trotter, 35, believed he was communicating with ‘Ellie’ after he got chatting to her on social media app Kik.

He set up a fake profile using the name Drew Smith and bombarded the girl with explicit messages and sent her naked pictures of himself.

Trotter, of Walcote, near Lutterworth, Leics., also tried to persuade Ellie to meet him to do “naughty things” including oral sex.

He was arrested and admitted attempting to incite a child to engage in sexual activity.

On Thursday he was handed a two-year community order and was ordered to register as a sex offender for seven years and pay £500 costs.

Sentencing him at Warwick Crown Court, Judge Peter Cooke said Trotter’s wife had left him as a result of his vile crimes.

He told him: “There are three things that have saved you from going to prison.

“First, you admitted this at an early stage; second, there is available a programme which has a very good success rate with people who have committed such offences;
and third, you have shown considerable insight.

“This is a case where there was not girl in fact exposed to your overtures.

“Therefore, on the authorities, it’s appropriate I deal with you as somebody for whom the harm is in the lowest category, because there was no girl to be harmed.”

In February 2018 Trotter began communicating with someone he believed was called Ellie on the Kik social media app.

Prosecutor Mohammad Hafeez said ‘Ellie’ who was an undercover police officer, told Trotter she was 13.

He said: “Initially he said she was too young, but swiftly moved on to asking what she looked like, how big her boobs were, and asked her to send him pictures.

“There followed discussions of a sexual nature, during which he again asked for pictures, but Ellie declined.

“He then said he would send her pictures of himself, and asked her to meet him.

“Asked why he wanted to meet, Trotter said it was ‘to do some naughty things’.”

Trotter then sent her an intimate picture of him exposing himself, and again asked her to send him pictures.

Mr Hafeez said: “On one occasion he asked if she would bunk off school and go home to Skype him.”

Martin Groves, defending, said: “Someone of previous good character, he is mortified by his behaviour, and ashamed.

“He seemed to have lost himself. He apologises for his behaviour.

“He shows in the pre-sentence report he understands what effect it could have had if it had been a real 13-year-old girl.

“Fortunately in this case, it was a police officer.”

READ MORE: NSPCC: More than 200,000 secondary school children may have been groomed online