Manjeet Riyat was known as the ‘father of the emergency department' at the Royal Derby Hospital. 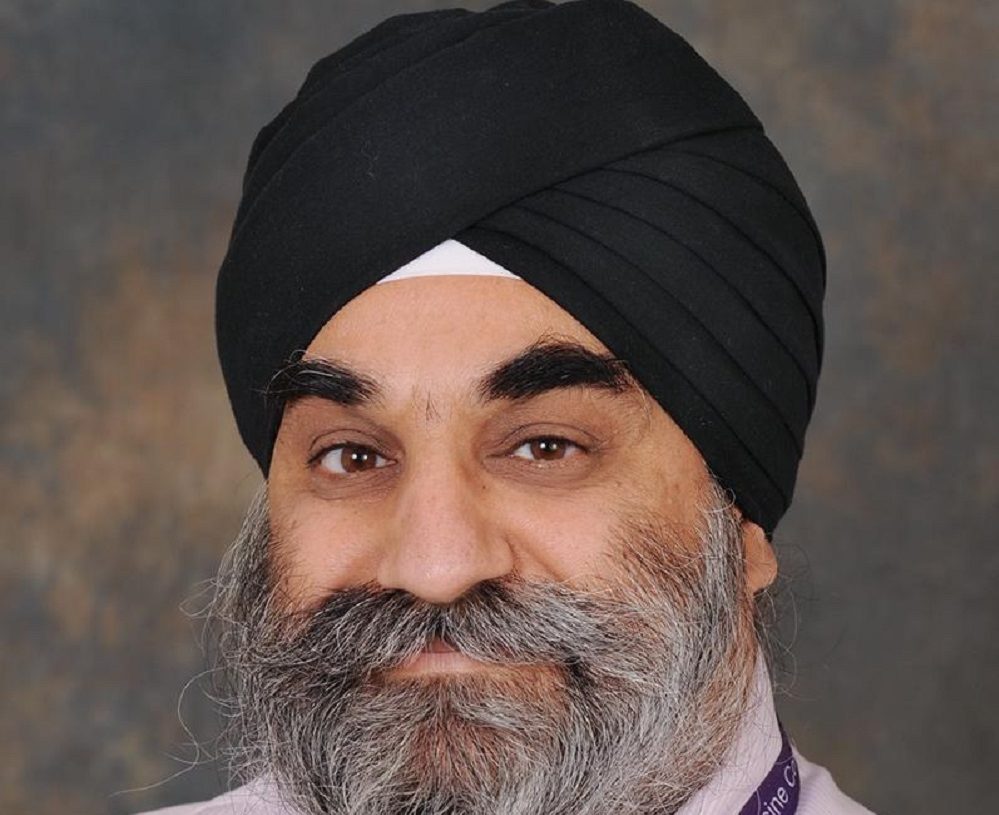 The first Sikh to work as an A&E consultant in the UK has died after contracting Covid-19, an NHS trust has said.

Manjeet Riyat was known by his colleagues at the Royal Derby Hospital as the “father of the emergency department”.

Mr Riyat, who previously worked at Leicester Royal Infirmary and Lincoln County Hospital, has been described as “instrumental” in building the emergency medicine service in Derbyshire over the past 20 years.

He died on Monday at Royal Derby Hospital, the University Hospitals of Derby and Burton NHS Trust (UHDB) said.

The emergency consultant also acted as an emergency medicine tutor at Derby College where he oversaw the education of junior doctors.

“Manjeet was the first A&E consultant from the Sikh community in the country and was instrumental in building the emergency medicine service in Derbyshire over the past two decades.

“He was an incredibly charming person and well-loved. Manjeet knew so many people here across the hospital; we will all miss him immensely.

“On behalf of everyone here at UHDB, including our patients and the communities we serve, I would like to offer our sincere condolences to his family.”

In a tribute on behalf of the hospital’s emergency department team, emergency medicine consultant Susie Hewitt said: “Manjeet was one of the first clinical research fellows in the UK and contributed to the birth of academic emergency medicine.

“Despite his many achievements, Manjeet was most at home as a highly visible ‘shop floor’ emergency medicine consultant.

“He was consistently generous with his remarkable clinical knowledge to everyone in the team.

“He had that rare gift of maintaining constant joy in the intellectual challenge of clinical medicine, combined with gentle kindness and compassion for his patients.

“He was a powerful advocate for the sickest patients and was well known for his fair, no-nonsense approach.

“By contrast, Manjeet could be relied upon to lift the mood with his dry humour and sense of fun.

“Manjeet was enormously valued and much loved as a colleague, supervisor and mentor, as well as for his wise council and discreet support in tough times. For many, Manjeet was considered the father of the current emergency department in Derby and many more will reflect on how his inspiration has shaped their own careers.

“Finally, Manjeet was fiercely proud of his wife and two sons and often shared the achievements and exploits of the boys with equal good humour. He always kept sight of what is really important in life and set an example by living life in keeping with his high standards and strong values. He will be hugely missed.”

Trust chairwoman Dr Kathy McLean said: “Mr Manjeet Riyat made a huge contribution to the NHS in Derbyshire and across the field of emergency medicine nationally.

“I had known Manjeet from when he first joined the trust in the early 2000s and he very quickly made an impact with his focus on patient care and high standards.

“It was clear that he was an outstanding emergency medicine doctor and generations of families in this region have benefited from the care he provided.

“I met him again shortly after returning to the trust as chair and was greeted with a big hug. This is a terribly sad day for all of those who had the pleasure to have known him and to have worked alongside him.”