“Which pro-independence parliamentarian worth their salt would be willing to swear an oath of allegiance to Charles as King of Scots as opposed to an oath to the people of Scotland in our Parliament of Scots? 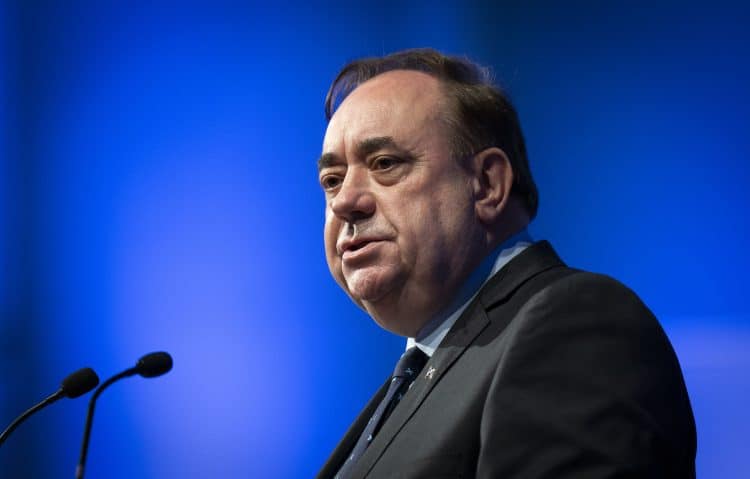 Alex Salmond’s Alba Party called for the abolition of the monarchy in Scotland after the Queen’s death.

General Secretary Chris McEleny said there was “no place” for King Charles III in an independent Scotland.

In a statement issued after Buckingham Palace announced the Queen’s death at Balmoral at the age of 96, Mr McEleny said keeping the King after a Yes vote would be “patently absurd”.

Alba Party members voted at their inaugural conference last year to abolish the monarch in an independent Scotland after the end of the Queen’s reign.

Party leader Alex Salmond last night issued a tribute to the Queen, revealing the monarch shared racing tips with him which contained no political slant.

Mr McEleny wrote: “The very idea of retaining the monarchy in an independent Scotland to allow Charles, the Duke of Rothesay, to be our constitutional Head of State would be the antithesis of actual independence for Scotland.

“It also poses a real challenge to the independence movement in years to come.

“Which pro-independence parliamentarian worth their salt would be willing to swear an oath of allegiance to Charles as King of Scots as opposed to an oath to the people of Scotland in our Parliament of Scots?

“If the people of the rest of the UK wish to have King Charles as their head of state then good luck to them, but there should be zero countenance of that absurdity in an independent Scotland.”

“I thought she was a lovely lady when I met her in 2012 in Greenock. I shall pray for her.”

Mr McEleny’s statement was issued from his Alba Party email account, and reproduced on his personal blog alongside an Alba graphic of a cross-out crown.

The Scottish Government’s White Paper on independence ahead of the 2014 referendum said the monarchy would continue after a Yes vote, but repeatedly linked this to the Queen being the head of state.

It left open the possibility of a republic with an elected head of state.

It said: “As is the case in the UK, if a party in favour of changing this position was to gain enough support to form a government, it would be open to it to propose a change.”

The pro-independence All Under One Banner group has postponed a march due to take place in Falkirk tomorrow because of the royal death.