UK publishers have been criticised for showing live stream footage of the New Zealand terror attack in spite of efforts to moderate its use online. A gunman filmed himself moving through the interior of a mosque today and shooting at his victims indiscriminately, with the footage streamed live on Facebook. But despite best efforts to remove […] 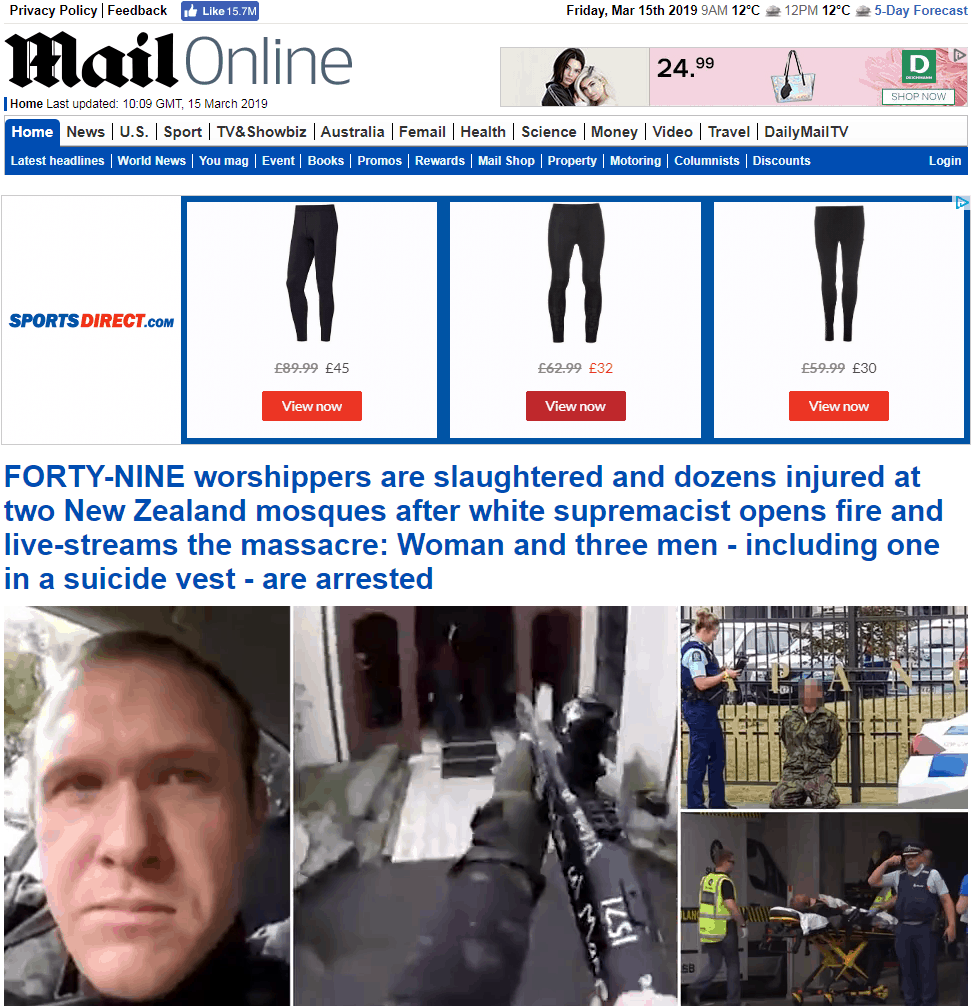 UK publishers have been criticised for showing live stream footage of the New Zealand terror attack in spite of efforts to moderate its use online.

A gunman filmed himself moving through the interior of a mosque today and shooting at his victims indiscriminately, with the footage streamed live on Facebook.

But despite best efforts to remove the disturbing video off major platforms, UK publications have used clips in their reporting of the event.

The MailOnline’s homepage splash is an animated GIF of a shooter loading his gun before entering a mosque, which has been roundly lambasted on social media.

The coverage has been described as “dehumanising” and “irresponsible”, with warnings that it amplifying the spread of this kind of material can be harmful.

The London North Eastern Railway commercial director Suzanne Donnelly has tweeted that the company was not happy with its advert appearing around a Mail Online article featuring clips from the livestream video.

According to Guardian media editor Jim Waterson the MailOnline and the Mirror have now pulled the video of the attack from their website after featuring it for most of this morning.

The former is no longer autoplaying GIFs of the shooter’s livestream on its homepage, but The Sun still has a short clip but nothing autoplaying.