He said: "My sympathy and solidarity today with people in New Zealand and Muslims all over the world.” 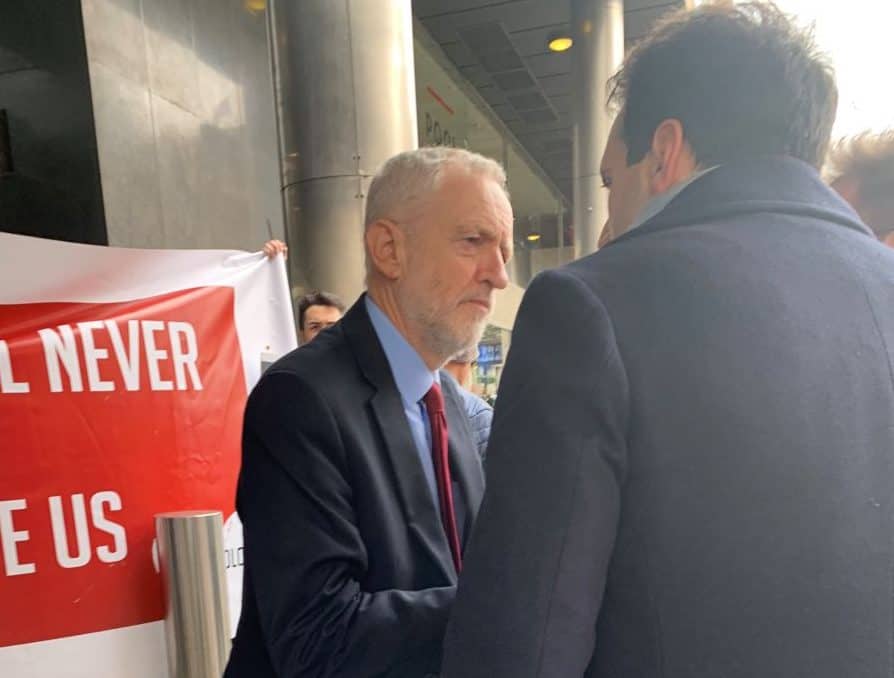 Labour leader Jeremy Corbyn attended the vigil is held outside the New Zealand embassy in central London this afternoon.

Multifaith organisation Turn To Love are inviting people to join them outside the building near Piccadilly Circus to pay tribute to the victims.

Jeremy Corbyn arrived just after 12.30pm and spoke briefly to some of those involved.

He said: “We stand in solidarity with all who suffered in New Zealand.

“We stand for a world where we respect each other.

“My sympathy and solidarity today with people in New Zealand and Muslims all over the world.”

The Leader of the Opposition later tweeted: “On behalf of the Labour Party, I laid a wreath at New Zealand House for the victims of the horrific terror attack in Christchurch. In their memory, we must build a world which respects our diversity.” 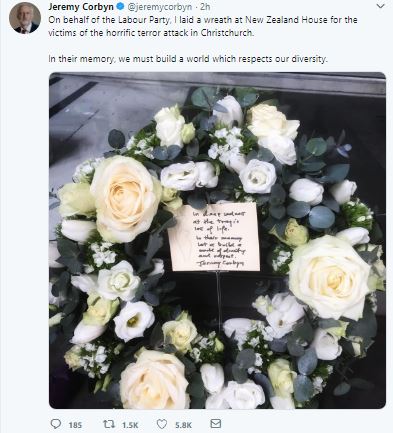 The Turn To Love initiative was set up by Faith Forum for London two years ago in the wake of the Borough Market and Finsbury Park mosque attacks.

They say their aim is to challenge hate speech that is triggered by terrorist atrocities.

Members of the vigils held signs saying: “They will never divide us”, “Turn To Love For New Zealand’ and “Love Will Win Terror Will Lose”.

Bouquets of flowers and a white rose wreath from Mr Corbyn have also been left outside the embassy.

A handwritten note on the wreath said: “In deep sadness at the tragic loss of life. In their memory let us build a world of diversity and respect, Jeremy Corbyn.”

A crying woman who was paying her respects said: “It’s just painful for all New Zealanders.

“It doesn’t matter if you knew anyone involved or not.”

A larger group from the organisation is set to arrive at 1pm after attending Friday prayers.

Already passers-by have joined in and posed with placards for press photographers and TV cameras.