Crowds gathered outside Parliament to protest a perceived failure of politicians to tackle the climate emergency facing the planet and a Government “that doesn’t care about” them. 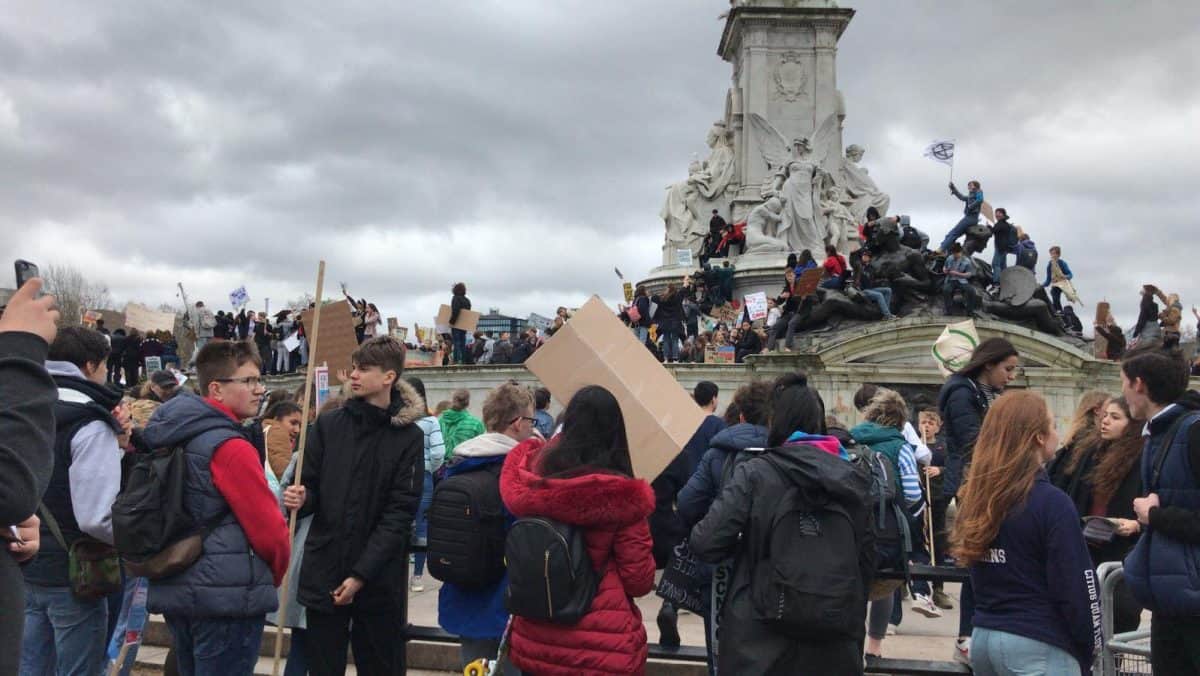 Thousands of schoolchildren gathered outside Westminster as part of an organised protest about climate change.

Crowds gathered outside Parliament to protest a perceived failure of politicians to tackle the climate emergency facing the planet and a Government “that doesn’t care about” them.

Children from more than 100 countries have skipped classes on Friday in walkouts across the world as part of a movement that began last year when teen Greta Thunberg, held a protest on her own outside the Swedish Parliament.

Strikes are expected in over 2,050 towns and cities in 123 countries, with thousands heading to Parliament Square in London.

Greta Thunberg who started the protest movement vowed to continue until world leaders listened to the call for more to be done to tackle man made global warming.

The 15 year old who is open about her Aspergers has been nominated for the Nobel Peace Prize after addressing global leaders at Davos and the global warming summits.

“We have proposed Greta Thunberg because if we do nothing to halt climate change it will be the cause of wars, conflict and refugees,” said Norwegian Socialist MP Freddy André Øvstegård. “Greta Thunberg has launched a mass movement which I see as a major contribution to peace.”

Greta Thunberg said she was “honoured and very grateful for this nomination” on Twitter, vowing to carry on the school strike protest “for as long as it takes.

Many world leaders have expressed support for striking students, other figures have expressed dismay. Theresa May took a swipe at “disruptive” school pupils after last month’s school strike.

A spokeswoman for the Prime Minister said the disruption caused by the climate change walkout will “increase&nbsp;teachers’ workloads and waste lesson time that teachers have carefully prepared for”.

In contrast, Labour leader Jeremy Corbyn backed the walkout, tweeting: “Climate change is the greatest threat that we all face but it is the school kids of today whose futures are most on the line. “They are right to feel let down by the generation before them and it’s inspiring to see them making their voice heard today. #SchoolStrike4Climate.”

Germany’s Angela Merkel and Ireland’s Leo Varadkar were among many who expressed their support too.

Outside Westminster, teenage girls were heard at the London protest chanting anti-PM slogans.

The youth movement has gathered significant momentum since and in London alone, thousands have gathered with signs stating “stop denying our planet is dying” and “system change not climate change.”

Organisers have pledged to protest one Friday every month until they see change.