"You don't get to stoke the fire and then pretend to be disgusted when the very thing we're campaigning against happens." 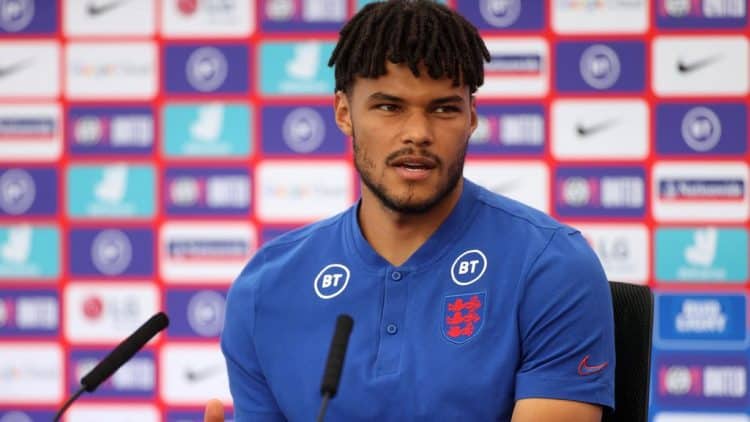 Tyrone Mings has hit out at home secretary Priti Patel after several England players were subjected to appalling racist abuse in the aftermath of the Euro2020 final.

Marcus Rashford, Jadon Sancho and Bukayo Saka all had their pages flooded with racist comments on Sunday night, provoking a widespread backlash on social media.

Politicians have also called out the abuse, with Boris Johnson using a press conference this evening to tell those responsible to “crawl back under the rock from which you emerged”.

Patel tweeted her disgust at the abuse earlier in the day, but her words failed to wash with Mings, who reminded her of previous comments made at the beginning of the tournament.

Following England’s opening game against Croatia, when boos could be heard in the crowd as players took the knee, she said fans were well within their rights to jeer the anti-racism protest.

She said it was “all well to support a cause and make your voices heard” but with regards to the BLM protests that have taken place in the UK, “the impact on policing… it was devastating”.

“I just don’t subscribe to this view that we should be rewriting our history – pulling down statues, the famous Colston statue, and what’s happened there.

The home secretary also refused to be pulled on questions over whether she would boo the England team herself.

Asked whether England fans had a right to boo England’s national team, she said: “That’s a choice for them quite frankly. I’ve not gone to a football match to even contemplate that.”

We win together and we lose together

Mings joined a number of other England players who took to social media in the aftermath of the game.

We win together and we lose together. So proud to have teammates with such top character. Takes huge bollocks just to volunteer. As for the racism, hurtful but not surprising. Will never get bored of saying that more needs to be done. Educate and control the platforms!✊? pic.twitter.com/LHSBoZin8O

Jude Bellingham called the racism “hurtful but not surprising,” saying he “will never get bored of saying that more needs to be done”.

“Is that the same Prime Minister that a few weeks ago, I mean, Gareth Southgate and the players a few weeks ago about five days on the trot told us that they were taking the knee to promote equality, and it was against racism.

“The Prime Minister said that it was okay for the population of this country to boo those players who were trying to promote equality, and defend against racism.